Shareholders have been bemoaning that its market valuation is lagging behind construction main contractors that evolved into property developers.

Lian Beng’s PE languished at less than 4 times from 2013 to 2016 and is now 7 times. In contrast, the PE of a couple of peers which had likewise languished at 4 to 5 times back then, have leapfrogged ahead.

KSH Holdings, which has a 22.5% stake in the Gaobeidian township project and a 35% stake in the Rio Casa deal, trades at about 12 to 13 times PE.  Chip Eng Seng, another hot property second liner, is trading at about 20 times PE.

In FY2017, Lian Beng’s property business, which includes property development and investment holdings, contributed close to half of its pretax income among its profitable segments. 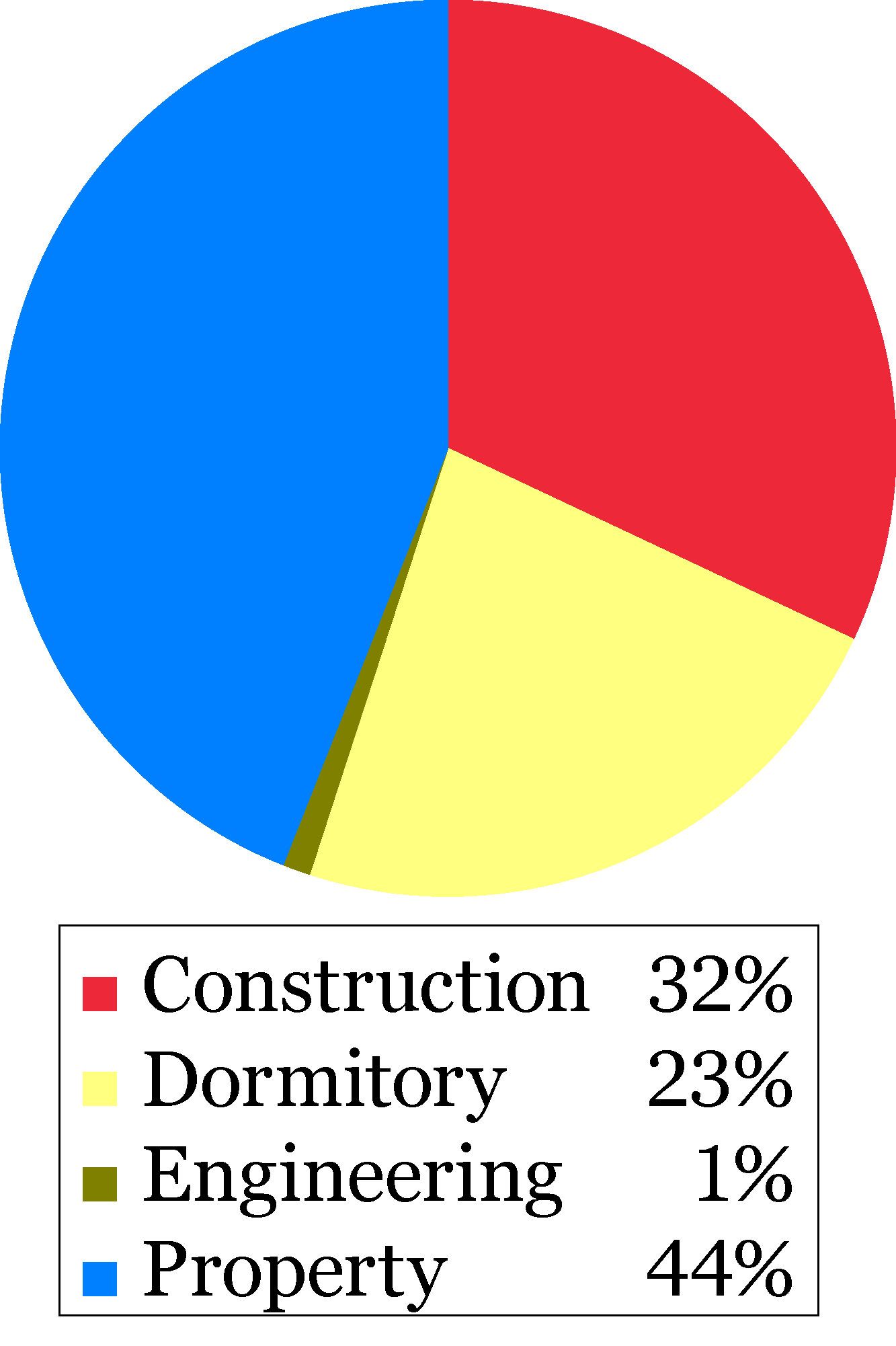 Contribution of profitable segments to Lian Beng's FY2017 segment profit.This significant contribution is included under 'Share of results of joint ventures and associates' instead of the topline as most of its property development projects are held through joint ventures with interest of less than 50%.

A spin-off will allow a transparent valuation of its property business, which will be marked to market on Lian Beng’s financial statements.

In light of this, the Group is cautiously optimistic of the outlook for the construction industry. Its net total outstanding value of construction projects in progress stood at $661 million as at 31 August 2017.

We have 535 guests and no members online