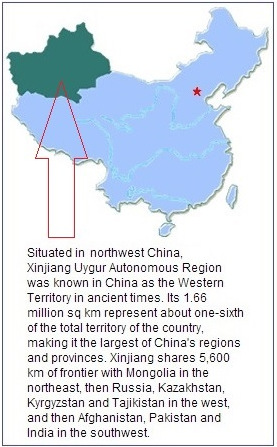 A VAST 21.5 sq km expanse of Tuoli District in Xinjiang Uygur Autonomous Region of China may be remote and populated by wild camels but initial estimates are that valuable resources of magnesium, nickel and other minerals can be extracted from the surface and just below.

Singapore-listed shipbuilder JES International wants a piece of the action to diversify its revenue stream.

The mining value of the assets estimated in an upcoming Joint Ore Reserves Committee (JORC) report has to be not less than S$60 billion (measured plus indicated excluding inferred resources*) for JES to invest and own a stake up to 30%.

In August and last month, JES announced details of an agreement under which it would pay S$127 million for a stake in a new Singapore-incorporated company, MineRiver Pte Ltd.

JES is exploring various options for financing its investment.

In the meantime, MineRiver will acquire a local company which holds the exploration rights for the site.

In a meeting with JES' CFO Patrick Kan and the MineRiver team recently, we learnt:

1. Main mineral: It is serpentine (3MgO∙2SiO2∙2H2O), is one of the leading minerals for the production of magnesium metal and magnesia (Magnesium Oxide, MgO).

Magnesium has a wide range of industrial applications. Initially, through simple processing, a Xinjiang facility will be set up to crush serpentine mineral (3MgO-2SiO2-2H2O) for use as magnesium and silica fertilisers.

Later, it would produce magnesium ingots and other industry products, likely with the participation of established foreign players. The ingots could then be transported to Europe (possibly Germany) for further processing and for industrial applications. 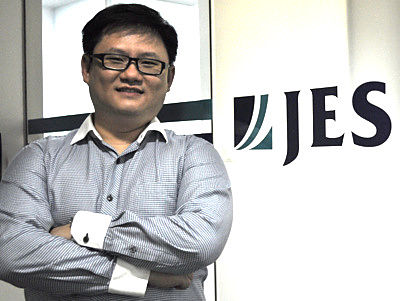 JES chief financial officer Patrick Kan. Photo by Leong Chan Teik2. Surface mine: This is a surface mine, which means the cost of extraction will be relatively low. Electricity cost is cheap too in the area.

(Being in a remote place, the mine is far from where riots have occasionally broken out in Xinjiang -- a region which travellers say is generally peaceful, nice and scenic with warm and friendly people. PM Lee Hsien Loong made his first visit to Xinjiang in Aug 2013).

3. Good connectivity: The mine is about 450km away from the capital, Urumqi, and supported by 2 key highways. To the south is the highway leading to Yinning and to the north east is the Kalamayi highway.  It is also conveniently connected to the railway network about 100km from the site, leading to Europe via central Asia and Eastern Europe.

4. Attractive investment: JES sees its investment in this venture as being attractive and it plans to unlock some of the value when the shares of Mineriver are listed on a stock exchange possibly next year. Any profits from a share sale would be recycled as working capital for JES' shipbuilding business.

6. Important report: SRK Consulting China Ltd, a widely-recognised mining consultant, has conducted geology studies on the site. A Joint Ore Reserves Committee (JORC) report on the extent of the reserves, among other things, is being finalised and when completed, MineRiver is set to seek a listing on a stock exchange.

Trading recently at 12 cents, JES stock has been weighed down over the past 2 years by losses from its shipbuilding business.
Chart: Bloomberg7. IPO: A listing of mine assets that are non-producing yet, or not substantially producing yet, is possible on a number of stock exchanges, such as those in Singapore, London and elsewhere.

8. Deal introducer: It is Asiaworld Capital whose CEO is Ho Sing Ming, a Singaporean.

This is a boutique corporate finance outfit based in Singapore which specializes in IPO, M&A, fund raising exercises for its corporate clients.

JES will in due course seek its shareholders’ approval for the proposed acquisition.

9. Valuation: Mr Ho said that in tranche 3 of JES' investment, JES will pay $60 million for a 10% stake in MineRiver. This values the business at $600 million, or 1% of the in-situ mine value (assuming the JORC report confirms that the value of the minerals at the site is at least S$60 billion).

Based on a weighted average for tranches 1, 2 and 3, the entire JES investment values Mineriver at less than 1% of the in-situ mine value.

This is a good deal for JES, compared to several other transactions involving listed mining companies which value the businesses at several multiples higher, depending on whether they are at the greenfield, or pre-production, or production, phase.


THREE INTREPID Singaporean friends from MineRiver will spend much of their time on-site in Xinjiang as senior management overseeing the start-up and operations of the Xinjiang mine.

In a meeting with NextInsight recently, they stressed the tremendous potential for the use of magnesium, which has been dubbed the "dream metal" in some circles. 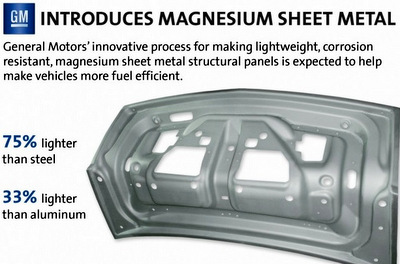 Source: http://blog.caranddriver.com/Magnesium, approximately one-fourth the weight of steel and two-thirds that of aluminium. is expected to replace steel, aluminium, plastic and other materials in car bodies and other car parts. This will enable cars to meet tough carbon dioxide emission and fuel efficiency standards which will be implemented.

Magnesium also holds potential to be a source of energy in the future  -- and has been shown to be a complete substitute for fossil fuels in experimental car engines developed by Mitsubishi Corp.

Magnesium, its oxide and compounds can be used for automotive, aerospace, medical and pharmaceutical, electronics, refractories, green construction and fire resistance material and many other industrial applications.  Magnesium is also a part of our life. Watch this video:   http://www.youtube.com/watch?v=3wtUn1gWgaw

After extracting magnesium oxide from serpentine, the mineral residue is silica which can be used to produce low rolling resistance tyres for better fuel efficiency. Given the emergence of magnesium as a valuable metal, the MineRiver team is bullish on the upside potential of the Xinjiang mine.

The mineral ore in the Xinjiang site is of high grading of around 40% of magnesium oxide in the resources.

Key considerations for MNCs which will work with MineRiver :

1. The MNCs will have access to cheap raw materials and mining resources due to the location of the mine (good transportation linkage covering China and Europe), nature of mine (surface mine which reduces mining cost significantly) and security over the supply of resources (the partnership will ensure the MNCs enjoys uninterrupted supply of raw material).

2. Xinjiang is situated right in the middle of Europe and China, enabling the MNCs to access these vast markets via low container railway transportation that is already operating.

3. New markets in Central Asia.  It has been announced the economies of all the countries in Central Asia would be intergrated with China through the building of an extensive train transportation network.


Inferred Mineral Resource is that part of a mineral resource for which tonnage, grade and mineral content can be estimated with a low level of confidence. It is inferred from geological evidence and assumed but not verified geological/or grade continuity. It is based on information gathered through appropriate techniques from location such as outcrops, trenches, pits, workings and drill holes which may be of limited or uncertain quality and reliability.

Indicated resources are simply economic mineral occurrences that have been sampled (from locations such as outcrops, trenches, pits and drillholes) to a point where an estimate has been made, at a reasonable level of confidence, of their contained metal, grade, tonnage, shape, densities, physical characteristics.[2]

Measured resources are indicated resources that have undergone enough further sampling that a 'competent person' (defined by the norms of the relevant mining code; usually a geologist) has declared them to be an acceptable estimate, at a high degree of confidence, of the grade, tonnage, shape, densities, physical characteristics and mineral content of the mineral occurrence.

0 #2 Observer 2013-12-24 19:41
The deal sounds great for JES. If I have a bao-ciak bunch of shares, quite possibly I can raise funds with some sort of warranty on the shares. I believe a chunk of the shares will be sold at IPO of Mineriver, which means there is a way to repay the debt to the lender(s) with a decent yield. Just my 2 cents worth
Quote
0 #1 ethan99 2013-12-24 18:19
Any news on how it plans to fund the acquisition? 127 million for a 30% stake in Mineriver but looking at their balance sheet, I'm just wondering where they are going to get the funding from?
Quote
Refresh comments list
NextInsight.net

We have 1557 guests and no members online