AN 18-YEAR-OLD STUDENT in South China has developed software he believes can outfox the A-share markets.

And his precocious achievements are attracting growing attention. 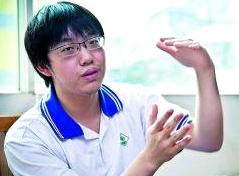 Chinese college student Tiancheng Hou has a few ideas on how to make money in A-shares.     Photo: enorthFirst, who is Tiancheng Hou?

He was born in the South China province of Guangdong in 1995, and his favorite hobby is finding new hobbies to entertain and challenge himself, while the Bible ranks as his all-time favorite tome.

And the motto which motivates him most?

“Be willing to change paths, there’s no need to constantly struggle.”

He is now a university freshman studying finance in Guangdong, but early on he already had some rather profound ideas about how to make friends and influence people.

“I got to thinking... What’s the most important thing I can do to improve communication with others? Of course, the only answer is language.

“At heart I am a very idealistic and spiritual person and therefore perfecting language as a means of communication with others has become a dream of mine. It’s still an unrealized dream and I will continue working at it,” he said in an earlier local media interview.

But it was even earlier in his life that he began getting the attention of others, both at home and abroad. 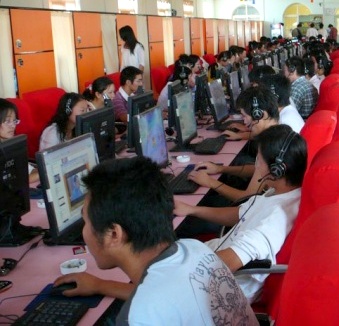 'I used to really love playing computer games like any other kid but often was left bored because it was all virtual. However, I have grown to see online trading and code writing for better returns as a computer game in itself, with the main difference being that when you win in this forum, you actually see your portfolio grow', said Tiancheng Hou.    Photo: dingyxAs a 16-year-old high school student, he once sat down for 12 hours without moving – taking no food or water breaks – and wrote out an MBA-level dissertation which eventually earned him the praise of a Wall Street expert.

What really caught most people’s attention in the paper was the young highschooler’s understanding of linguistics and his theory on and dedication to creating a new Esperanta – a global language to unite all people with a common tongue.

At the heart of the new universal tongue would be around 20,000 characters in the new language’s grammar system, and he has already begun translating the Universal Charter on Human Rights into his new “Esperanta.”

Even more impressive was his bold assertion that “adults” these days lack any independent thinking skills – a sentiment for which the young Mr. Hou is perhaps best known for promulgating during, amazingly enough, his high school years.

It was this assertion, coming on the heels of the Wall Street meltdown in 2008, that earned him praise from New York’s financial district itself.

Mr. Hou was not only obsessed with linguistics and philosophy at the time but like most youth his age, shared a passion for computers.

“Before I took up finance in university, I was pretty much committed to pursuing an advanced degree in computer science. All through middle and high school, upon returning home I would plop down my backpack and immediately turn on my laptop to begin writing code and designing new software." 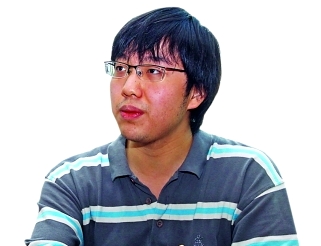 'I never found computers at all mysterious because I was usually able to understand the software code process as well as take them apart and reassemble them', said Tiancheng Hou.     Photo: nanduAfter junior high school, he nurtured an interest in finance and the stock market in general which gradually began to compete with his love of computer technology and programming.

At the time, his father had a close friend in the private fund business who fostered in the precocious teenager an interest in equity investing.

By 16, when most his age were trying to outdo their peers for the highest score at computer games – or vie for the affections of girls – Mr. Hou already considered himself a bit of an expert on the PRC’s stock markets, and had developed his own unique strategies for beating the Chinese “Street” when he was legally old enough to open his own trading account.

However, he bristles at being called anything like “China’s Junior Buffett.”

“Warren Buffett’s value investing strategy involves indentifying undervalued counters and then sticking with them over time.

“My method is more akin to Wall Street’s common practices in that I scrutinize stock price trends and use technical analysis to predict where things are headed.”

He says that the software he has designed allows him to input a wide range of data to determine which stocks are most likely to hit their daily upside limits for any day as well as forecast market trends across a wide swath of the bourse.

“I used to really love playing computer games like any other kid but often was left bored because it was all virtual. However, I have grown to see online trading and code writing for better returns as a computer game in itself, with the main difference being that when you ‘win’, you actually see your portfolio grow.

“The first time my father and I tried my software, our investment jumped 10%.”

One has to be 18 to open their own brokerage share-trading account, but can vicariously participate in market trading before that age via a parent’s custodian account.

Mr. Hou is now 18, and hopefully will be in a position to share some of his top picks with us soon.

Look out Shanghai and Shenzhen... and Wall Street.

We have 648 guests and no members online