Ms. Chan Laiwa, China's 17th richest person, was born in Beijing's Summer Palace in 1941 and currently lives in the China Red Sandalwood Museum (above), which she founded in 1999. She faced alot of challenges on her road to becoming a property tycoon.
Photo: Chinese Red Sandalwood Museum

CHAN LAIWA, a descendent of Manchu royalty, was born in 1941 – a violent year when Japan’s armies were advancing across China and the Manchu-dominated Qing Dynasty had fallen three decades prior.

Today, she runs a property empire and boasts a net worth of 4.1 billion usd, returning her to a royal status of sorts as the PRC’s 17th richest person.

Born into poverty during the Japanese invasion of China, Ms. Chan’s life story is a classic riches-to-rags-to-riches tale.

Recent reports that her son shelled out over one million usd for a racehorse in Hong Kong put an exclamation point on this inspiring tale. 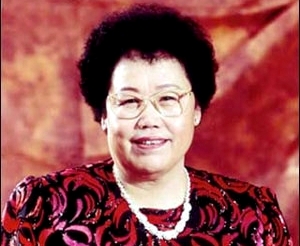 She also holds the distinct honor of being one of just 19 self-made female billionaires in the world today.

Married with a son and two daughters, Ms. Chan has increasingly turned her attention to philanthropy and the arts.

Her love of traditional Chinese arts not only comes from having been born in the Summer Palace, but also through a filial love for her mother and a deep respect for the role of motherhood.

“A mother’s job is critical in any society and if she is sincere, her love and compassion will be returned to her by others in her time of need.

“My mother’s blood runs through my own veins and therefore I have a filial obligation to comport myself with grace and determination throughout life to honor her,” Ms. Chan said in a Chinese media interview.

She said that motherhood and its obligations were not just for the rearing of one’s own children, but extended to the public sphere as well.

“My duties as a loving mother of two also apply to my country, society and employees as well, as it all boils down to one word – loyalty.

“That means that I must be prepared to endure tremendous trials and tribulations for the benefit and betterment of my family, and the same spirit must extend to my business – it’s all about love,” she said.

What allowed Ms. Chan to amass so much wealth over the years, and then share it with society via charitable and philanthropic institutions, has been the stellar growth of her business.

Here’s how she truly went from ancestral riches, to rags and then back to enormous wealth again.

She was born a descendent of the Yellow Banner Clan – a family of Manchurian nobility -- in Beijing’s opulent Summer Palace during the height of the Japanese invasion of China.

The Qing Dynasty, which ruled China for three centuries and officially came to an end with the rise of Dr. Sun Yan-Sen in 1912, had led to the impoverishment of several noble families of Manchu blood over the ensuing decades, and Ms. Chan’s clan was no exception.

Though a multi-billionaire today, Ms. Chan had a very meager childhood, and it was actually the poverty and want of her immediate family that prompted her as a young girl to drop out of school and set up her own furniture repair shop in the 1960s. 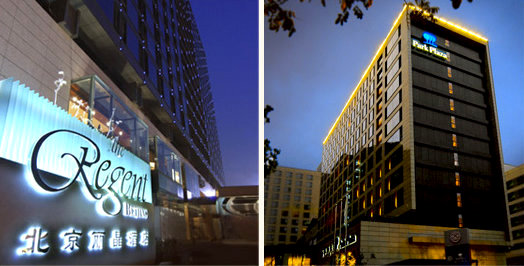 Two decades later, the enterprising thirty-something emigrated to Hong Kong to pursue her dream of refurbishing classic furniture and then selling it to customers who could afford to pay top dollar.

The success of her business in the then-British colony was phenomenal, allowing her the liberty to purchase a dozen villas in Hong Kong at the time – a rare phenomenon and achievement for mainland migrants in the 1980s.

This gave her the property bug, and she turned to selling and flipping property on a grand scale, this time in her hometown of Beijing where she returned to work and live in the late 1980s.

Ms. Chan founded Fu Wah International Group in 1998, and over the years it has developed some 1.5 million square meters of property and has grown to become one of Beijing’s largest commercial property developers.

It was Ms. Chan’s early love affair with restoring classic Chinese furniture, as well as works of art using red sandalwood, that clearly informed some of the directions she took her company and interests in while living in China’s capital city for the second time in her life. 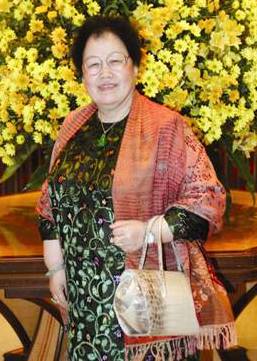 The ongoing property price inflation has meant that Ms. Chan’s net worth surged by well over half a billion usd in 2012 alone.

Her property firm was not wed to the capital city alone, having recently announced plans to develop a heliport complex in eastern China’s Anhui Province.

However, it was Ms. Chan’s early childhood memories of living in Beijing’s Summer Palace that helped build a love of something else – sandalwood.

In 1999, she established the China Red Sandalwood Museum.

It covers an area of 25,000 square meters and the property tycoon says that her fascination with red sandalwood objects – especially furnishings -- from her formative years in wartime Beijing led to her lifelong love affair with the material.

Over the past few years, Ms. Chan has gradually allowed her son Zhao Yong to take over managerial duties of Fu Wah so that she could focus more on the responsibilities as curator of her sandalwood museum, which she uses to preserve traditional Chinese art and culture.

Other than being a protector of the nation’s culture and artifacts, she has also generously protected its citizens on more than one occasion.

In 2004, Ms. Chan donated 265 million yuan for disaster relief and another 130 million yuan the following year. 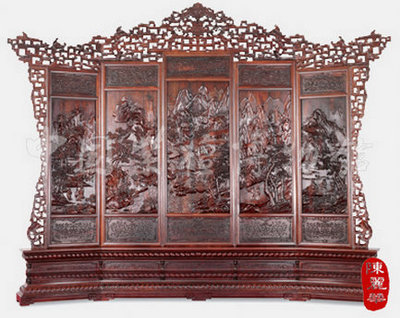 Sandalwood artwork like this graces Ms. Chan Laiwa's Beijing museum.      Photo: China Red Sandalwood MuseumHer love of her children, and her knack for caring for her employees as if they were part of an extended family, was exemplified by an employee of Ms. Chan’s original furniture restoration business.

In 2003, during the peak of the terrifying SARS outbreak gripping much of East Asia, Ms. Chan made a surprise visit to her firm’s main plant.

At the time, everyone was petrified, the employee recounted, afraid to either venture outside and equally afraid of remaining cooped up in Beijing, as the capital had more cases than any other Chinese city.

One day, Ms. Chan herself drove right into the factory yard, stepped out of her car, and personally addressed all the assembled workers thus: 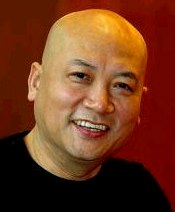 Chi Chongrui, husband of Ms. Chan.  Photo: dramafever“Don’t be afraid, and don’t think about going back to your hometowns. Beijing is our home now and so is this company. Your health and happiness are my ultimate concerns and the source of my happiness.

“From now on, you will all get larger, more nutritious meals in the cafeteria and you can leave all your safety concerns to me. I am big enough to do all of this... After all, I am your mother,” the employee recalled her boss saying at the time.

Ms. Chan spends most of her time these days in China’s capital, but often travels abroad to promote her museum and her philanthropic projects with husband Chi Chongrui.

Mr. Chi is himself well known in the PRC as a former actor who starred as Buddhist cleric Tang Xuanzang in the domestic TV series Journey to the West – a fitting role for someone who now frequently accompanies his billionaire spouse on journeys to the west.

We have 709 guests and one member online