THERE'S A BRIGHT side to the anemic late winter/early spring performance of China shares – it’s a boon for bargain hunters.

In fact, the window for finding quality stocks on the cheap may be closing sooner than later.

The benchmark Shanghai Composite Index is currently trading at levels nearly 8.5% lower than a year ago, and is down over 10% since February. 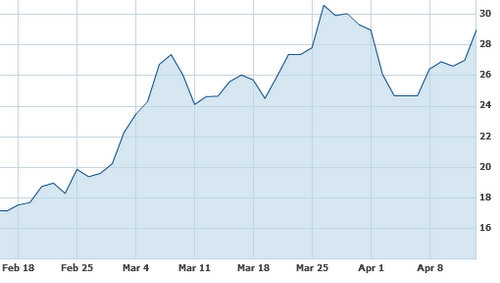 China announced that the world’s No.2 economy grew 7.7% year-on-year in the first quarter, disappointingly lower than the consensus 8% anticipated by economists.

Figures tallying the PRC’s industrial production and retail sales in the January-March period also came in lower than expected, leading to negative reaction in markets at home and across the region.

For the past three decades, China has been more accustomed to double-digit GDP growth than not, so the 7.7% Q1 increase is yet another sign that 10%-plus quarterly economic expansion may be a thing of the past.

Counterbalancing the uninspiring news on the GDP side has been a relatively mild increase in China’s chief barometer of inflation – the CPI.

Taking a chicken-or-egg take on People’s Bank of China policymaking rationale, it only makes sense that a milder than expected CPI growth will allow monetary policy lever-pullers a greater range of motion in setting interest rates.

Runaway inflation – especially higher food prices – appears momentarily kept at bay, and this has been an oft-cited objective of both the old and new leadership in Beijing.

Thus, the possibility of lower interest rates will free up more loan capital and put it into the hands of equity investors.

In this scenario, banks are likely to provide less handsome returns for savings account holders

Furthermore, the sharp drop in gold prices last Friday by 5% put the precious metal below 1,500 usd an ounce for the first time since July 2011.

Gold prices have been driven down of late by the more resilient than expected US economy. 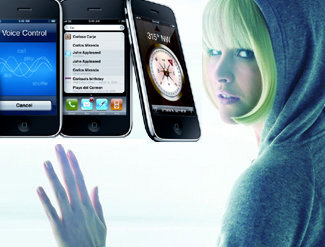 O-Film has been maximizing sales on the miniaturization of IT.     Photo: O-FilmTherefore, with gold and savings accounts offering less attractive returns, Chinese shareholders will see its domestic capital markets as increasingly handsome investment choices.

The continued push by the new national leadership to both boost domestic consumption (in the face of flagging external demand) and help facilitate consolidation in a myriad of industries from pharmaceuticals, cars and solar energy, should help boost confidence in selected A-share sectors.

The celebratory mood that accompanied the nine-day market hiatus during Chinese New Year this February was quickly extinguished – as far as A-share investors are concerned – as the Shanghai Composite has been one of the world’s biggest laggards these past few months.

Regional markets including Hong Kong, and stocks in New York – which are recently setting new highs on a regular basis – have done comparatively well, while P/E ratios in Shanghai and Shenzhen have shrunk on a relative basis.

But not all A-share counters are flirting with new nadirs.

Phone and web-cam components maker O-Film (SZA: 002456) has also seen its Shenzhen-listed A-shares more than double this year as consumers around the world make the steady shift from laptops to mobile devices.

With Chinese shares underperforming global peers, a new government in Beijing committed to growth and competition, and savings accounts and gold both offering weaker returns of late, it is time to start shopping for bargains in the A-share markets.

We have 991 guests and 2 members online