ONE MAN’S TRASH... Time To Look At ‘Garbage’ A-shares? 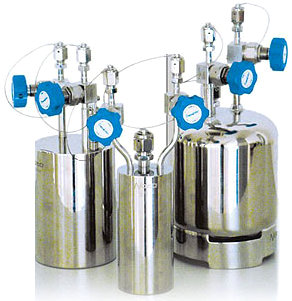 Garbage In, Garbage Out? Jiangsu Nata (SZA: 300346) has been one of the biggest investor traps on the ChiNext, luring shareholders in with strong earnings before seemingly doing a complete turnaround with its bottom line shortly thereafter. Photo: Company

Translated from a Chinese-language piece by Sinafinance

AS THE SAYING GOES, one man's trash is another’s treasure.

In the current bear market enveloping China's stock markets in Shanghai and Shenzhen, such an image can seem all the more fitting.

But is there any merit to buying into highly underperforming Chinese shares?

On the surface, it makes all the sense in the world.

After all, the first rule of playing the stock market is “Buy low, sell high.”

And prices for so called “garbage shares” don’t get any lower.

We shouldn’t forget that that’s how they got their name in the first place – counters that have lost so much share price value that they’ve essentially been tossed to the curb to be trodden underfoot and ignored.

When share prices and bottom lines have nowhere to go but up, then logic would tell us that we should all be scraping the bottom for bargains.

If only it were that simple...

China’s two bourses – one in Shanghai and the other in Shenzhen – have 932 and 1,420 listcos, respectively.

That makes for a grand total of 2,352 firms selling shares on the two exchanges – a large enough number to accommodate a whole range of winners, losers, mysteries and just plain old garbage shares.

The biggest problem for fans of garbage shares with potential is, of course, finding them.

We’ve all heard the sad stories of heartbroken lottery ticket winners who accidently threw out that critical piece of paper worth millions and then spend the next few weeks desperately sifting through mounds of wastepaper, broken bottles, syringes, rotting tomatoes and eggshells at the local dump.

If the unlucky gambler is resourceful, he might be able to make the most of his hours of tedious sifting through the decomposing fruit and dirty diapers by collecting soda cans and beer bottles and at least getting paid for his efforts by redeeming the recyclables for a few extra dollars.

But his chances of finding that precious yet carelessly discarded lottery ticket are close to nil.

Though not quite as unpleasant an undertaking, bottom feeders and garbage share hunters often face similar prospects – though decidedly better in the final analysis because more than one “ticket” is waiting to be found and it won’t be ripped to shreds by newly-arriving trash or faded into illegibility.

So it’s only fair and expected that shareholders in China are allowed to ask the following question:

Which of the over 2,000 shares should one buy to make a little money here and there? Or maybe even a lot of money now and then?

The simple answer to this complex question is this: undervalued stocks.

Unless one is locked into a blue chip, having entered on the ground floor price-wise, and is guaranteed either a fair share of a steadily rising bottom line, or else a healthy cut of the firm’s success in the form of regular and generous dividends – then said investor is forced to invest like the rest of us.

In other words, there is no substitution for doing one’s homework and really getting to know a market, an industry and the relative merits of an individual listed counter.

As tough a job as this might be, and as time consuming as it sometimes is, it sure beats sifting through trash at the local landfill.

It is indeed possible that the entire market has somehow overlooked a handful of “garbage stocks” and their current abysmal share prices are completely unjustified.

It’s possible... but highly improbable, considering the sheer volume of investors out there willing and able to do the necessary homework.

CHINA CONSENSUS: Things Are Looking Up

We have 796 guests and no members online