XINGHUI AUTO MODEL (SZA: 300043), a 12-year old firm with many auto aficionados around the world calling themselves customers, boosted its first half net profit 26% year-on-year to over 39 million yuan on strong sales of replica model kits.

Operating revenue in the January-June period for the Guangdong Province-based firm revved up 30% to 240 million yuan.

Its core business -- auto models -- saw sales revenue rise by a very robust 36.6% over the period to 217 million yuan.

Xinghui cemented its strong position in the industry, with auto model revenue contributing 90% to the top line this just-completed half-year compared with 85% a year earlier. 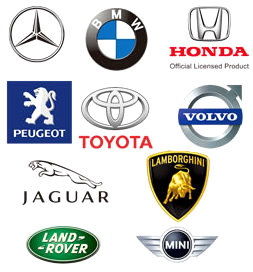 “Despite the deterioration of the economic performance and outlook both at home and abroad in the first half of the year, we still managed to actively expand our business,” said Xinghui Auto Model Chairman Chen Yansheng.

He said the company had managed to produce “strong growth” in Eastern Europe and other emerging markets despite the global economic slowdown.

“Our expanded product offerings and cost controls over the period also contributed greatly to our competitive positioning in the industry,” Mr. Chen added.

The Shenzhen-listed enterprise managed to boost its gross margin to over 33.6% in the first half from 32.2% a year earlier.

The auto model manufacturer has witnessed remarkable bottom line expansion of late, with a CAGR of 60% between 2007 and 2011.

Its revenue has charged ahead as well, rising by a CAGR of 47% over the same period.

Xinghui Auto, located in the industrial city of Shantou which has been nicknamed the "Toy and Gift City of China," employs over one thousand workers utilizing 80,000 square meters of workspace who produce model and toy autos for fans of classic autos across the globe.

The company’s charter is to pursue a mission of "carrying on the motor vehicle culture” for auto aficionados worldwide, and has gained for itself several quality and production licenses over the past 12 years of existence. 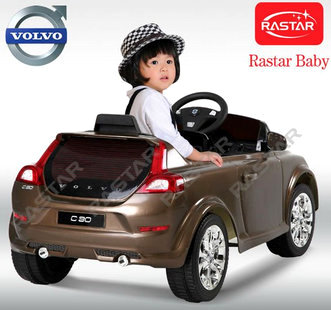 Xinghui's desktop and rideable models appeal to consumers of all ages, whether they possess a valid driver's license or not.  Photo: Xinghui

Some of its prestigious awards, licenses and quality certifications include ISO9000:2000 Quality Management System Certificate and ICTI, C-TPAT, CCC, CE and ASTM F-963.

Xinghui’s global appeal not only relies on it quality, but also its diversity and authenticity.

The South China-based designer and manufacturer produces lookalike models including makes like BMW, Mini, Porsche, GM, Chevy, Chrysler, Honda, Nissan, Toyota and a host of other globally-recognizable names in the auto world, thus expanding its appeal to car lovers on all continents.

Xinghui has been given the global exclusive right by BMW to make lookalike remote-controlled models for all its series and models.

Europe remained its biggest market in the first half, with 102.4 million yuan in sales, up 32.9 % year-on-year.

However, car lovers right at home in Mainland China contributed 81.7 million yuan in purchases in the January-June period, up an even faster 42.3% compared to the first half of 2011.

We have 652 guests and no members online