In updating our table Target Prices (SG) recently, we noticed that a few stocks were assigned target prices in excess of 50% of the market prices by analysts. Wow! We publish excerpts of their reports here. Remember, these are the analysts' recommendations and other analysts covering the same stocks have different target prices, as you can glean from Target Prices (SG). 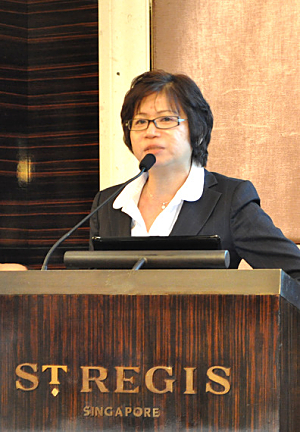 Maintain Overweight. We raised our fair value by 5 cts to S$0.32 as we roll forward our base from FY12 to FY13, but at a lower 10x PER from 12x previously, still in line with its peer comparisons.

Given the 57% upside potential, we maintain our Overweight rating.

Still growing and optimistic despite an economic slowdown across Asia

The group is cautious with the uncertain global economic conditions which may impact its traditional infrastructure enabling business (ICT). However, the group is encouraged by the on-going positive developments projects for its digital media division.

We believe DMX should benefit from this new and upcoming opportunity as its Vision TV, Vision CEP and Vision TA software platforms are a few steps ahead of its competitors in China. 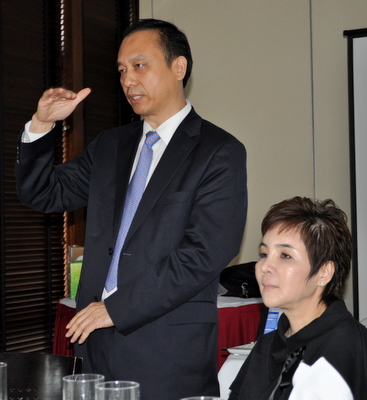 Currently, the fast-moving consumer goods peers in Hong Kong are trading at an average of 33.2x FY11 PE.

We note the potential upside of S$1.12/share if Garden Fresh obtains approval from an exchange to list assuming a holding company discount of 20% to Sino Grandness Food’s Garden Fresh stake and a 3.0x 2014F PE valuation to its remaining business.

• Failure to launch an IPO listing of Garden Fresh. As both CB1 and CB2 were issued on the premise for GF’seventual listing, SGF would have to redeem the bonds at an effective interest rate of more than 24% if the beverage business is unable to complete the IPO process. 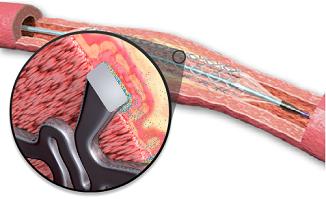 ● Biosensors reported the 2QFY13 result, with a revenue YoYgrowth of 28%. Drug-eluting stent (DES) sales remained strong in Europe with double-digit growth, despite the global market size seeing a single-digit decline.

● Licensing revenue from Terumo declined 29% YoY but we are notconcerned. It seemed a temporary dip due to competing products launched in 1H12 but no more launches are expected in 2H12.

The renewed contract term with Terumo is better than before as it has downside protection plus unlimited upside.

● Gross margin increased from 80.7% to 83.7% on a YoY basis. DES will account for a higher portion of total revenue, and we expect the improvement in gross margin to be sustainable if it could continue the product mix changes.

We have 578 guests and no members online