The best of entrepreneurs at Ernst & Young awards night 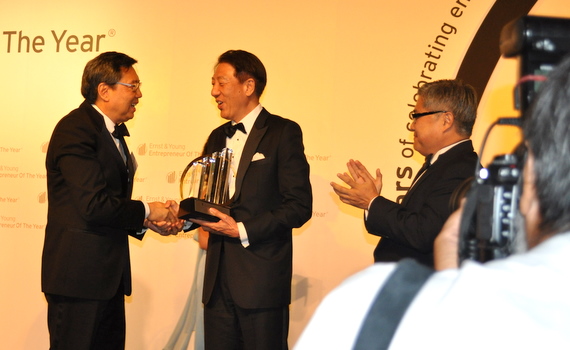 Richard Eu (left), CEO of Eu Yan Sang International, wins Ernst & Young entrepreneur of the year 2011 award. Congratulating him is Deputy Prime Minister Teo Chee Hean. Mr Eu will represent Singapore at the annual Ernst & Young World Entrepreneur of the Year award in Monte Carlo in 2012 to compete with contenders from over 50 countries. All NextInsight photos. 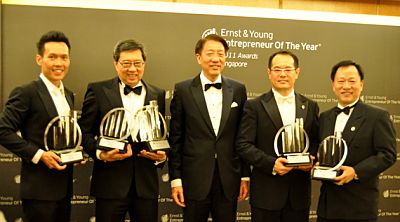 FOUR ENTREPRENEURS were honoured last night at the Ritz Carlton hotel. We bring you snippets of their achievements and some photos of the celebration:

Eu Yan Sang has broadened the appeal of TCM by launching more convenient and easy-to-use products which are distributed in supermarkets, pharmacies, health food stores and even its very own online store.

"I've learnt that nothing really comes easy, that you have to be able to motivate the team, keep at it and to always keep the dream alive," said Richard. 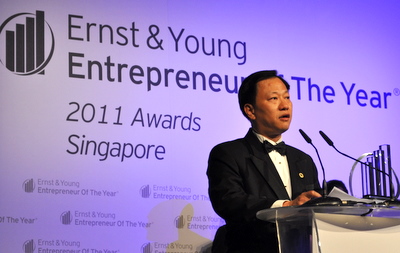 Derek Goh has just listed Serial System shares as TDRs in Taiwan despite a volatile market.

>> Derek Goh started Serial System 1988 in a rented 200 sq ft shop in Golden Mile Tower in Beach Road. He worked 12 hours a day, seven days a week. It was a one-man show.

It has been 23 years since, a period not without challenges and crisis for him and Serial.

They have overcome all that and today, Serial is one of the largest distributors of electronic components in Asia.

Serial has about 9,000 shareholders, mainly in Singapore and Taiwan where its shares are listed.  Its sales last year was S$746 million, and Derek is targeting S$1 billion of sales in the near future.

>> Andrew Tjioe, executive chairman of Tung Lok Restaurants, has grown the group into one of the largest and leading Chinese restaurant chains in Singapore. It now owns 40 restaurants in Singapore, Indonesia, China, Japan and India.

Most recently, he won the outstanding award of the Regional Restaurateur of the Year at the World Gourmet Summit Awards of Excellence in April 2011.

>> Tan Wee Beng, a director of Wee Tiong Pte Ltd, joined his father's commodities trading company, and transformed it. He introduced hedging and options as well as other financial tools to better meet the needs of suppliers and customers.

He also led the company to provide other innovative solutions, including daily information updates of market trends, procurement and strategic collateral management services to refineries, and credit management for partners. 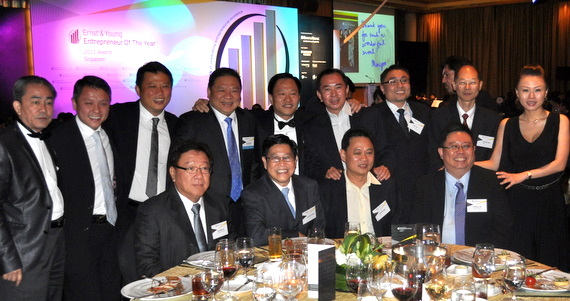 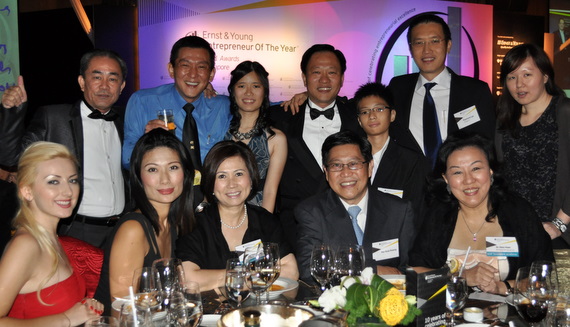 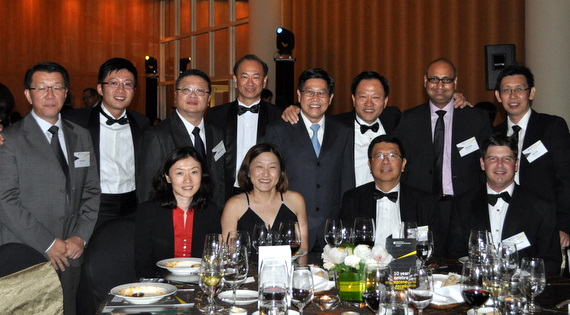 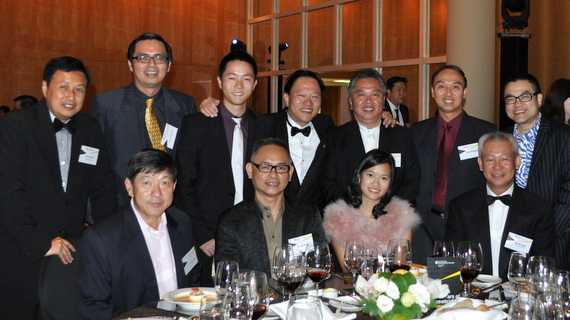 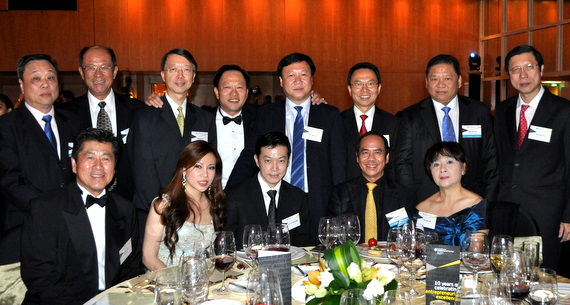 The restaurants would have looked busy but .... at the end of the day, the Group reported a net loss of S$0.6 million in 1HFY12 compared to a profit of S$0.3 million a year earlier.

Going by those revenue figures, Tung Lok needs to achieve more than $44 m or so (in 6 months) in order just to break even. This is certainly a super tough business, never mind the customer goodwill and the high-profile brand. Gimme the $ anytime.
Quote
Refresh comments list
NextInsight.net

We have 1204 guests and no members online