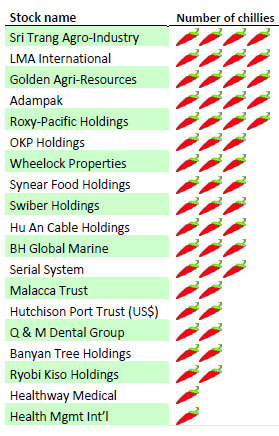 Kim Eng Research has a 'Chilli Pot' of stocks which are assigned a number of chillies according to how 'hot' the research team considers them to be. We excerpt Kim Eng's latest comments on a selected number of hot stocks.

LMA (31.5 cents): It reported 1H11 sales and profit figures which were the highest in its history.

Net profit of U$13.6m for 1H11 already exceeded the US$11.4m it made for the whole of FY10, although this was boosted by some one‐off items such as litigation settlement of US$4.5m and tax credit of US$2.3m.

Undemanding valuation: At FY10 PER of 12.3x, we think the stock’s valuation is undemanding considering that it is a healthcare‐related stock. If 1H11 earnings are stripped of one‐off items and annualised, FY11 PER would only be about 8‐9x.

Adampak (25 cents): It is in a fairly mature industry, capex is not significant and free cash flow generation therefore remained strong.

In the past five years, the company has paid out all of its earnings in dividends, and even during the recession years, dividend payout averaged about 60%. 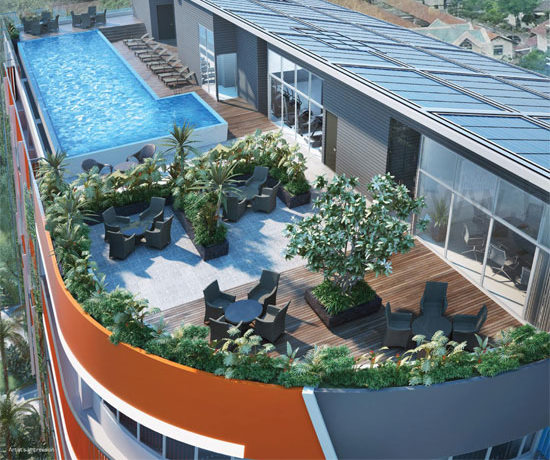 View of rooftop of Everitt Building after its makeover by Roxy-Pacific and it is renamed WIS. Roxy stock trades at a 64% discount to Kim Eng's estimate of its RNAV of $1.10. Photo: Company

Unsold landbank valued at $0.120/share. We value Roxy‐Pacific’s unsold landbank at $384m on the assumption that commercial buildings (70 Shenton Way, Singapura Theatre, Everitt Building and New Changi Hotel) are redeveloped into mixed use projects and sold.

Book value of $0.70/share: Adjusting for the market value of Grand Mercure Roxy Hotel (kept at cost less depreciation), Roxy‐Pacific’s BV will be $0.70/share. In all, its RNAV adds up to $1.10/share. The stock trades at a 64% discount to RNAV. 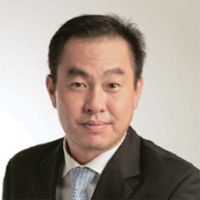 Property development. OKP is in a strong net cash position of $97m, which makes up more than 50% of its market capitalisation. With the cash, the company could venture into property development as the new business was approved in last year’s EGM.

0 #1 Nicholas 2011-09-25 08:42
Good crop of stocks to hold, even in uncertain times like these. Haven't heard much about LMA. Sounds like a medical pioneer but how its products work is not easy to understand. Neither is it easy to grasp the demand dynamics for these products -- since we are not the end -users (anesthetic experts, etc). Anyway, LMA and the other 3 --- Roxy, Adampak and OKP -- are highly resilient stocks that one can consider investing in.
Quote
Refresh comments list
NextInsight.net

We have 463 guests and one member online