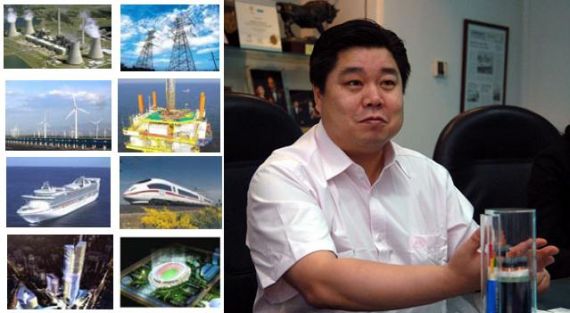 Copper, which forms the major cost of goods sold for Hu An Cable, have had a volatile run in the past year, only to drop sharply after stock markets dipped on S&P's downgrade of the US sovereign debt rating. But CEO Dai Zhixiang is confident that copper prices do not affect the company's mainstay cable and wire business. Main photo by Sim Kih

This resulted in a margin squeeze for lower-end copper rod products, but the good news is: gross margins for its mainstay cables and wires segment remained stable at 18.0%, as the company was able to pass on increased prices in raw materials to customers.

There was also a larger sales volume of copper and aluminum rods, which are lower-margin products. Aluminum rods and plastic cable materials contributed 12.0% to group revenues in 1H2011, compared to 3.2% in 1H2010.

Hu An Cable is one of China's top 10 cable manufacturers

”Orders from the power generation and transmission industry increased significantly during the first two quarters,” said its CEO Dai Zhixiang at an investor luncheon yesterday.

In June, it announced that it had secured multiple contracts amounting to Rmb 102.8 million from Chinese state-owned energy conglomerate, Shenhua Group.

Hu An Cable will provide a variety of wire and cable solutions, such as mid- and high- voltage cable, mining cables, rubber cables, control cables and mineral insulated cables to be delivered in FY2011. Over 60% of the products are related to power generation and transmission.

Under the 12th Five Year Plan, the China government has committed to build ultra-high-voltage power networks to streamline power transmission between the west and the east and between the south and the north.

To cater for the strong demand from these power infrastructure projects, Hu An Cable has set up 9 new sales offices in energy-rich provinces across the country in 2Q2011; in Yunnan, Hubei, Chongqing, Sichuan, Guangxi, Hunan, Guizhou, Heilongjiang and Jilin.

It now has 23 sales offices all over China and the management expects this to bring in additional orders in 2H2011.

In addition, it is also installing two ultra high voltage power cables production lines, expected to be completed in 1Q 2012.

The gap between the smaller players and us is growing due to our capability, technology and skilled labor.

Customers are now placing greater emphasis on manufacturers’ branding and capabilities because of the large-scale orders, said Mr Dai.

In the past, each county power grid would make its own purchase and there are 2,600 counties in China. Then, it was purchased at a provincial level and China has 31 provinces. Finally, it was consolidated into the State Grid and China Southern Power Grid. 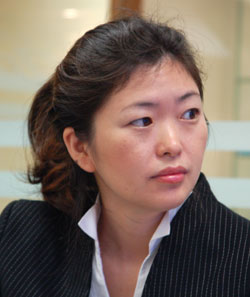 Below is a summary of questions raised at the analyst briefing and the replies given by Mr Dai and CFO Sharon Xue.

Q: How have the volatile copper prices affected you?

Our cable manufacturing operation is not affected by copper price fluctuation because our pricing is marked to market. For this year and the next, we will focus on manufacturing cables and wires but the copper rod segment is something we want to develop when the economic outlook is more stable.

Q: How will the development of China's rail sector affect you?

Rail is an important infrastructure necessary for transporting people and goods. However, the entire transportation sector currently contributes only 15% to group revenues. As rail comprises only a small portion of that, its development does not impact us significantly.

Q: Are your new facilities the latest in China?

It is difficult for small private manufacturers in China to use imported equipment, as these cost 10 times compared to locally made equipment.

However, there are many advantages to using imported machines: Firstly, imported machines last for 3 to 2 years, some even several decades, while locally made equipment breakdown frequently. A second advantage is it cuts down on labor by about 20% because of process automation. It is also designed to cut wastage of raw materials as well as generate a higher production turnover.

Margins for copper rods fell. Margins are thin, but we are still profitable.

Q: What is the order process for copper rod?

We only manufacture when we have orders. We do not stock up on copper inventory.

Q: What is your competition for high-voltage and ultra-high voltage cables?

Q: Are your competitors increasing their capacity?

Q: Will your TDR issue be affected by the weak market sentiment?

TSE has approved our TDR issue.  We intend to use our proceeds to lower our cost of capital by paying down our loans.

The TDR enables existing shareholders to benefit from the difference in market valuation between SGX and TSE. The stock price premium that TSE commands is about 60% higher than SGX and its turnover velocity is 6 times that of SGX.

0 #1 Value Investor 2011-08-17 12:40
This stock is way undervalued. If management feels that they can attain higher valuations on other stock exchanges, they will eventually privatize the stock before re-listing elsewhere. This will drive up the share price. Looks like a winner to me already, especially with phenomenal revenue growth.
Quote
Refresh comments list
NextInsight.net

We have 1582 guests and no members online