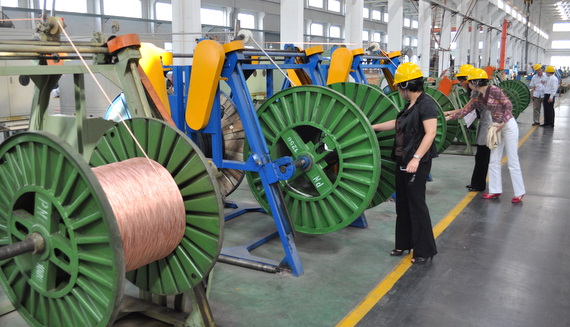 Hu An Cable has launched a second TDR programme where existing minority shareholders can sell their shares at a premium to the Singapore price. File photo by Leong Chan Teik

HU AN CABLE Holdings, which ranks among the top 10 wire and cable manufacturers in the PRC, has secured multiple contracts with aggregate value of RMB102.8 million from Shenhua Group Corporation Limited., the world’s largest coal producer.

Hu An Cable will supply cables for the various projects under Shenhua Group relating to power and thermal generation, coal, railway and mining activities across China.

Mr Dai Zhi Xiang, CEO & Executive Chairman of Hu An Cable, said, “As one of Shenhua Group’s qualified vendors, we stay competitive among our peers by leveraging on the core competences, capabilities and established network of our Group.

"Through our clients’ centralized procurement function, we now gain access to markets in different provinces with rich resources such as Jiangsu, Shandong, Hebei and Inner Mongolia. In particular, we will continue to focus on the power generation sector notably wind power, which we expect exponential growth following the PRC’s growing urbanization trend."


XINREN ALUMINUM: For the first time since its IPO in Oct 2010, XinRen Aluminum has bought back its shares.

It did so on three consecutive days June 21-23, making it a rare S-chip to buy back its shares.

The purchases at the 33-34 cent level came after the stock had slid from the 55-cent level at the start of this year.

The stock has a trailing PE of 4.3X and a market capitalization of S$368 million, according to Bloomberg data. 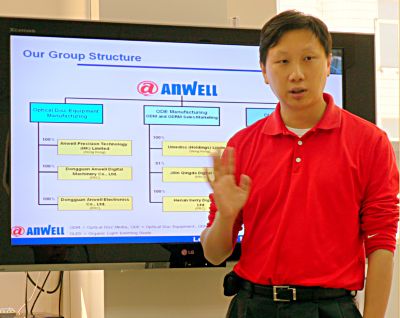 Franky Fan, chairman and CEO of Anwell. File photo by Leong Chan Teik
ANWELL TECHNOLOGIES' shares were red-hot today, with a jump of 31.4%, or 8 cents, to 33.5 cents.

The stock has decisively recovered from its recent low of 26 cents on news that it had secured massive government support for its solar business.

The company had said yesterday evening that it had secured long-term funding arrangement of RMB 500 million from the Municipal Government of Dongguan for the set-up of the Group’s second thin film solar panel production plant, which is based in Dongguan.

We have 1400 guests and one member online