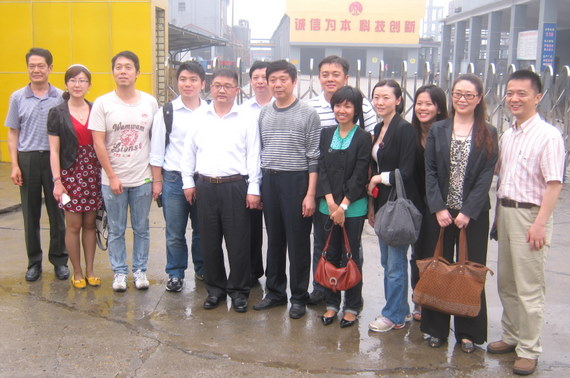 The firm plans to acquire a new 75,000-ton plant this year to boost total anhydrous ammonia capacity to 340,000 tons to meet growing demand, with its current capacity ranking it among the top fertilizer enterprises in Hunan Province.

However, its P/E is currently stuck south of five times.

The Miluo City-based producer of nitrogenous fertilizer, liquid ammonia and methanol is a major player in the heavily agrarian province of Hunan. The firm saw its top line surge by 113% in the first three months to over 168 mln yuan, driven mainly by liquid ammonia sales.

NextInsight recently accompanied several fund managers to Hunan to meet with management as part of our 'Discover the Dragon' series of visits to various companies in China. 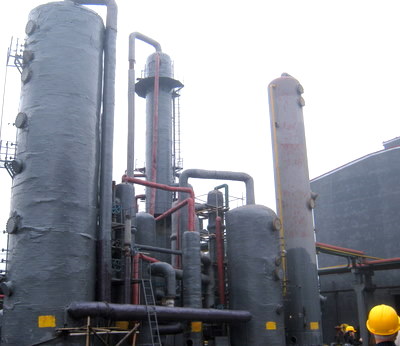 “We feel we do a very good job of minimizing downtime following acquisitions, and quickly bring newly acquired facilities up to par and in sync with our Group’s requirements,” says CJ Fertilizer CEO Zhu Chengbao.  Photo: Andrew Vanburen

Changjiang Fertilizer was keen on boosting output via M&A activity, with particular attention being paid to peer plants in its home province.

“There is a need to focus on streamlining our operations while actively looking for opportunities to acquire readily available fertilizer plants in Hunan to gain greater market share and achieve economies of scale,” said CEO Zhu Chengbao.

“We then refit and upgrade their production lines to meet our customers' current and anticipated requirements, develop new products, reduce energy consumption and increase product value.”

He said that despite the addition of new subsidiaries, CJ Fertilizer’s centralized procurement and distribution network worked to minimize COGS and increase margins.

The company’s original production base in Miluo City, Hunan Province was supplemented in 1Q 2010 by the acquisition of the 144,500-ton capacity Xiangyin plant, followed by the 194,500-ton Hanshou plant which CJ took over in October of last year. 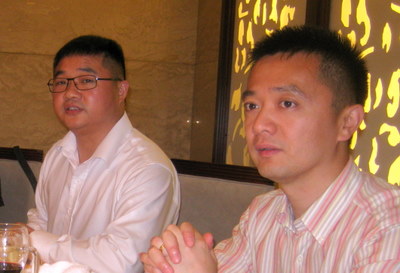 Mr. Zhu said CJ’s decision to go public in Singapore in October 2009 was instrumental in raising the funds necessary for rapid capacity expansion.

“We feel we do a very good job of minimizing downtime following acquisitions, and quickly bring newly acquired facilities up to par and in syncwith our Group’s requirements,” he said.

He said CJ Fertilizer was strategically located, being situated on the buckle of the country’s agricultural belt.

“Hunan’s 64 million-strong population, and its heavy reliance on rice farming, made it the ideal place for us to set up shop. The farmers here are very hard working, but of course they want to work not just harder, but also smarter and more efficiently. That is where the demand for our fertilizer products arises.”

He added that there were significant coal resources within a short transport distance, and this was critical because coal was a major raw material for the company. 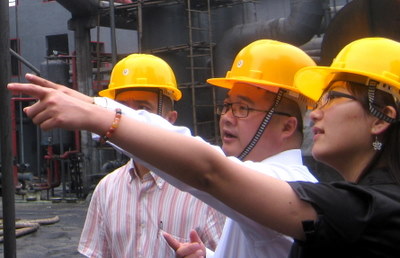 But despite the bulk of the company’s business being conducted in Hunan Province, CJ Fertilizer had bigger plans than being a provincial powerhouse.

“We aim to become the leading fertilizer producer in Southern China through industry consolidation by way of M&As.”

Fertilizer manufacturers have been one of a select number of key industries in Mainland China under increased scrutiny for environmental practices.

“Government regulators are more and more strict in the monitoring of chemical fertilizer firms. But we place great importance on both wastewater and emissions treatment and control,” Mr. Zhu said. 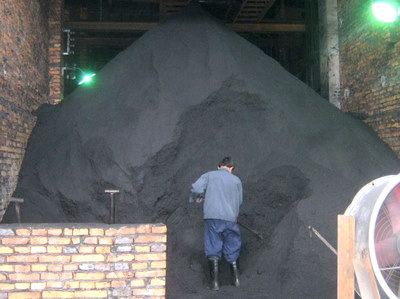 Coal Play: CJ Fertilizer benefits from significant nearby coal resources, a critical advantage as the commodity is a major raw material for the company.  Photo: Andrew Vanburen

This combined with the across the board unit volume sales hikes last year for the firm are providing significant support in bolstering the company’s bottom line.

And despite recent acquisitions and upgrades, CJ Fertilizer managed to reduce its debt ratio to 20.3% at end-March from 21.9% as at end-2010.

“This allowed us to have the fourth highest gross profit margin (28.5%) last year among all PRC, Hong Kong and Singapore-listed firms engaged in nitrogenous fertilizer production,” Mr. Zhu added.

And despite being a powerhouse in Hunan Province, the company’s aggressive expansion plan was looking to not only expand capacity but also its geographic reach.

“All of our capacity expansion projects are directly linked to satisfying actual market demand. And we are initially looking to significantly boost sales in neighboring provinces of Guangdong and Guangxi, among others.”

CJ Fertilizer was also poised to see significant benefits from favorable industrial policy in the PRC.

“The fertilizer industry has been listed as one of the most important in the chemical sector in China’s 12th five-year plan, with the government repeatedly stating that fertilizers improve overall crops yields by at least 30%,” said Mr. Zhu.

He added that there is no shortage of demand for such products as fertilizers account for 25% of total agricultural costs and there is huge growth potential with active promotion of more efficient farming practices by both Beijing and provincial governments.

“Thanks to preferential policies, we enjoy approximately 50% lower average electricity rates than other domestic industries and our nitrogenous and ammonia solution products enjoy value-added tax exemptions.”

And with China’s population continuing to grow, though as a more sustainable pace, there was likely to be no slowdown in the demand for fertilizers in the country. 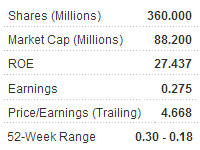 “We expect fertilizer demand to grow around 6% annually over the next three years.”

He said various proscriptions on building new plants in the industry were forcing CJ and its peers to rely on acquisitions for capacity expansion.

“China’s fertilizer industry is in a new phase of industry consolidation, and our Group is set to ride this great opportunity to restructure its business while acquiring and forming JVs with other enterprises.”

He added that CJ would continue to be a major player in Hunan Province’s fertilizer sector.

“There are currently 5-7 plants suitable for acquisition in Hunan, and if all are acquired, our Group would account for over 60% of the province’s total anhydrous ammonia output.”

Mr. Wee Hong: The drought for Changjiang has caused severe output issues on crops, including rice. Some farmers were reported to skip the next planting cycle all in all due to chronic water shortages. What is the impact on revenue?

CJ Fertilizer CEO Zhu Chengbao: “There is lag time in this industry with weather-related conditions and large-scale fertilizer orders. That being said, since the drought began in the fourth quarter of last year and reached a peak in the first three months of this year, our top line rose 112.5% y-o-y in January-March, and our bottom line did even better, up 158.5%.

"Also, we are strongest in Hunan, which fortunately has been largely spared from any drought conditions.

"Looking ahead, there is both a continued strong demand forecast for fertilizer in China as well as robust opportunities from industry consolidation for both our sector as well as downstream producers and suppliers.”

We have 814 guests and one member online