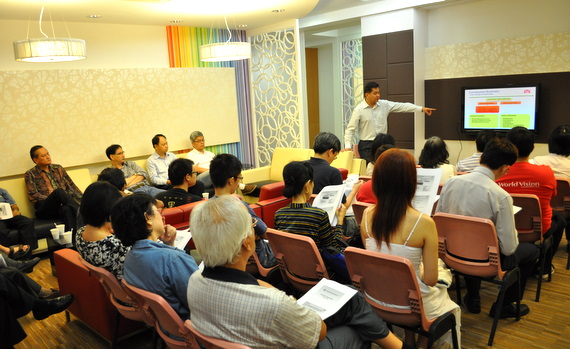 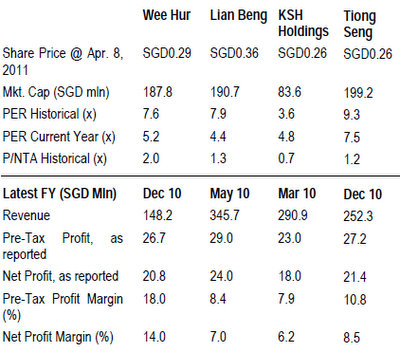 Looking ahead into 2011 and 2012, the recognition of strong sales take-up of the Harvest@Woodland industrial project is expected to be a major boost to the group’s earnings.

We have projected average gross margins to hover around 23% in 2011 and 2012 (FY10:23.1%). Although cost pressure from the foreign workers’ levy increase and higher material prices are expected to erode gross margins, larger contribution from the higher margin property division particularly the industrial segment will help cushion the impact.

With the above assumptions, we estimate net profit to increase by 74% to SGD36.2 mln in 2011 on the back of stronger property earnings particularly from its Harvest@Woodlands project (95% sold to-date).

The key construction projects which were still in their early stages of work in 2010 (and hence lower recognition of revenue) are expected to start contributing meaningfully in 2011 and 2012. Thereafter, we have projected net profit to increase by 2% to SGD36.8 mln in FY12.


Report on readers' visit: WEE HUR: 'We are riding on Singapore's construction boom'

Daiwa rates HYFLUX a 'buy' and raises target price to $2.40 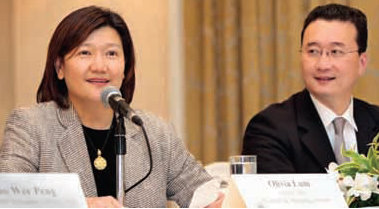 Daiwa believes the key potential share price catalysts should be further contract wins. Its 2012 net-profit forecast is 9.2% higher than that of the Bloomberg consensus.

Global semiconductor industry expected to grow, albeit slower. Although 2011 will still exhibit growth, we will not see a repeat of the broad expansionary phase seen in 2010 which had been flattered by the low base in 2009. Chip sales have already been experiencing weakness since Oct and Nov marked the second straight month of a decline in chip sales.

With seasonal patterns now back in play, we do not anticipate a lift-off for chip sales until the seasonally stronger 3Q and 4Q. Most market researchers are also expecting a softer landing following a runaway 2010 and have forecast lower growth rates of 5-11% for 2011.

Riding the medical upswing. With more hospitals being built in Asia, there has been a surge in demand for sophisticated medical equipment and their compact versions for smaller outfits. Frencken has started commercial production of several new medical products. 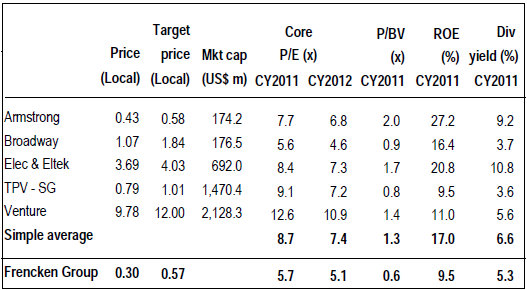 We have 790 guests and no members online