ANCHUN INTERNATIONAL: 2010 profit up 24%, this year to be stronger? 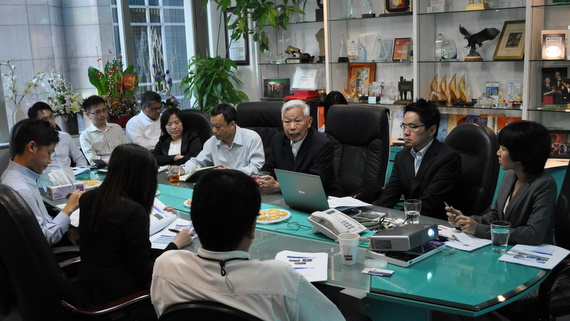 Chinese companies are often involved in businesses that Singapore investors find unfamiliar, but they may have excellent potential for growth.

Anchun International is no exception.

Anchun has proposed a final dividend of 0.7 Singapore cent for a yield of 3.5%.

Its core business is to design and manufacture production systems to manufacture ammonia and methanol-based products. 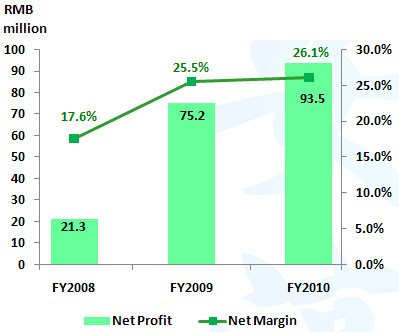 Ammonia is, in turn, largely used to produce fertilizers, while methanol-based products are alternative sources of energy such as DME. 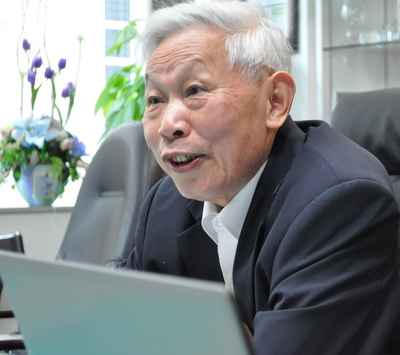 Several things about Anchun’s performance can be gleaned from a briefing for analysts and investors last Friday:

2) Bright prospects: The strong growth momentum in 2010 looks set to continue, according to the management which said it is “more optimistic” about 2011 compared to 2010 in its results statement.

Another reason: The PRC government has plans to consolidate the chemical fertilizer industry this year.  The established players will increase their capex to prepare for system integration and upgrading of equipment, according to Anchun.

Anchun has not disclosed its orderbook on an ongoing basis but its projects typically are completed in a few months or up to 12 months.

3) Good cashflow: Anchun collects 30% deposit in cash when a contract is inked to manufacture a system. The cash is used to buy raw materials, hedging against any price increase.

As the system is manufactured, progress billing is made to the client. By the time the system is ready to be delivered and installed in the client’s premises, 95% of the contract sum would have been paid up.

For FY09 and FY10, Anchun enjoyed a net cash inflow from its operations of RMB57.8 million and RMB40.8 million, respectively.

A point to note: While the cash is collected at various points of the manufacturing process, Anchun recognizes revenue only at the delivery or completion stage. Lumpiness in the revenue and profit can be expected.

5% of the contract value is recognized a year later after the defects-liability period is over. 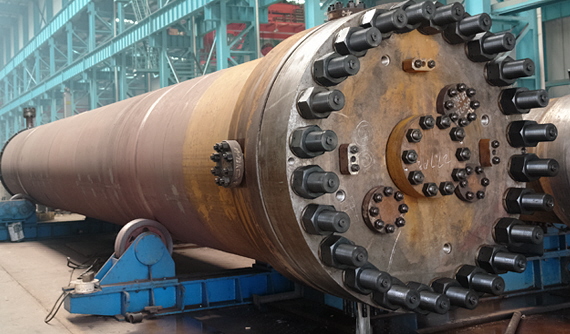 Ammonia reactor casing: Part of the chemical system that Anchun designs and manufactures for producers of ammonia, a feedstock for chemical fertilisers.
Photo: Anchun website www.anchun.com

4) Strong customers: Anchun counts a number of big names among its client base across China, including China XLX (Singapore listed), Sinofert Group (HK listed, and part of Sinochem Group), and Shanxi Tianze Group.


Of the questions asked by analysts and fund managers during a briefing last week, we are reproducing one here and the response by the CFO. It has insights into the outlook of Anchun:

Lee Khai Chian, analyst, NRA Capital: Regarding your balance sheet: The inventory as at end-2010 was RMB55 million, down from RMB96 million a year ago. The work in progress has declined.

Another point is, the cash advances from customers were RMB48 million, down from RMB160 million. Can you comment on that? 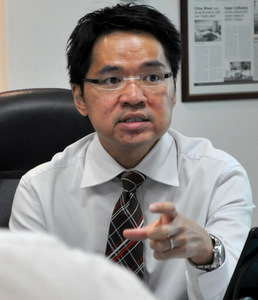 Leow Wei Chang, CFO: We recognize revenue upon the installation of equipment that we have manufactured, which means there will be fluctuation in the quarterly revenue. In terms of the full-year results, as you know our previous 1Q was not high but at the end of the year, the revenue caught up.

Now let me explain ‘cash advances from customers’ – this is made up of progress billings and deposits from customers. We recognized RMB358 m of revenue for 2010. Compare that with the difference between end-2009 and end-2010 cash advances – which is just about RMB120 m.

This shows that throughout the year, orders are coming in and being fulfilled and we get new orders too. You are not wrong in saying the work in progress is not that high but it doesn’t mean that our full year will be weak. In fact, we are quite confident of our FY11 result.

We have 1319 guests and no members online