This article was published on www.nracapital.com, and is republished with permission. 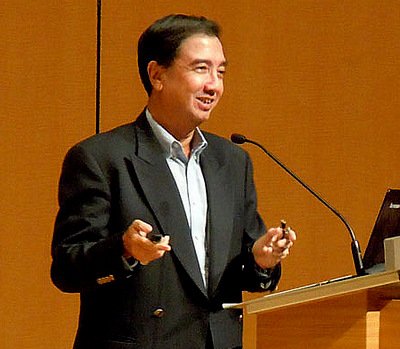 Kevin Scully, executive chairman, NRA Capital. Photo: CompanySTRACO CORPORATION, one of my yield and growth stock picks, reported a strong set of FY2013 earnings with revenue higher by 32% to S$72.84mn and net attributable profit rising by 73% to S$34.1mn (slightly lower than my full year forecasts of S$35mn).

Since my first recommendation in October 2012 when the share was S$0.255, we have seen the shares appreciate by 100% on strong and steady earnings growth. 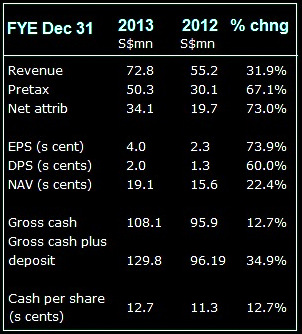 c)       Included in the profit were two non-operating items: forex gains of S$2.2mn and gains on disposal of property of S$0.7mn.

Straco remains a good defensive domestic consumption play in China. Its business is driven by domestic tourism which should continue to rise in line with growing domestic affluence. It continues to grow dividends in line with profit growth because it has surplus cash.

However, this might be pared down should the company embark on a major acquisition which could deplete its cash hoard. I still like the stock and am raising my price target.  For more on my profit forecasts and price target – refer to my Stock Picks Yield section.

We have 1287 guests and no members online