"Rock" is a regular contributor to the NextInsight forum. He works in the technical field in the oil & chemical industry and is due to retire this year, after which he will devote more time to investments and his two grandchildren.

I have made yearly contributions to my Supplementary Retirement Scheme (SRS) account from 2007 to 2012.

I decided to do so because the SRS offers attractive tax benefits. Contributions to SRS are eligible for tax relief, investment returns are accumulated tax-free, and only 50% of withdrawals from SRS are taxable at retirement.

My SRS account monies have been invested in stocks. By 2007, I had chalked up many years of experience as a stock investor and increasingly prefer stocks which offer capital protection and passive income.

Taking advantage of the fall in stock prices, I bought stocks over the next two years. 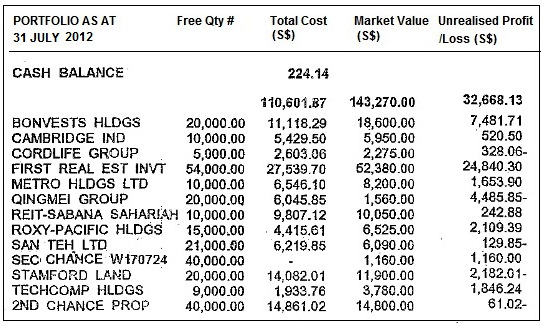 (Dividends yet to come from Biosensors and Cambridge REIT total about $1,000.) 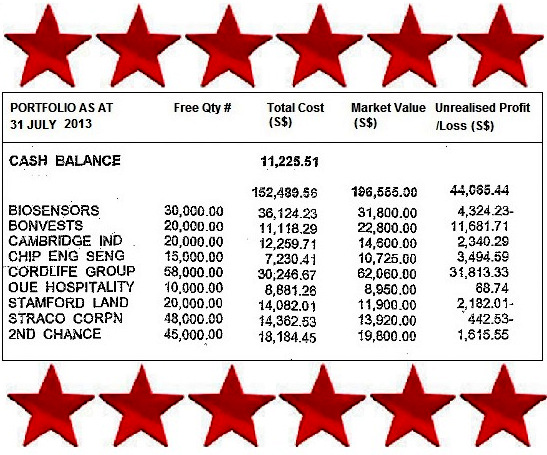 The key factor in my success story is, invest in under-valued and growth stocks for as long as possible.

Similar to Sandy Chin, whose CPF investment successful story is published on NextInsight, my investing approach is: do not over-trade but to invest in the long-term growth of a company. Build up a portfolio of core stocks. 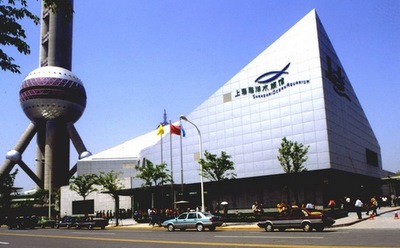 Straco owns and operates the Shanghai Ocean Aquarium which is sited within walking distance of other tourist attractions such as the Oriental Pearl Tower and The Bund. Photo: InternetMy latest stocks are Straco at an average price of 29.5cts, and Biosensors (average $1.20). I believe over time these 2 stocks will perform.

I made losses in Qingmei and Rokko. Important lesson -- cut loss on under-performing stocks rather than average down on them.

The sweetest experience of all for me was to outperform the bear market of 2008 when the ST Index was at 1456 at its lowest point in March 2009, and during the PIIGS Crisis in 2011.

Invest in the long-term growth of a company and you can sleep well. In addition, I have the benefit of income tax savings for the last 6 years by investing through SRS.


For more information on the SRS scheme, click here.

Related stories:
INVESTOR: How My Stocks Bought With CPF Savings Have Done (2013)
ISAAC CHIN: "My portfolio's up 25% despite market correction"

My investment approach had been the same, holding for long term. Most time made money during bull market & lost it back during bear market. In the early days I look out to analyst recommendation for guidance but usually the news are outdated. After I have learn to access to SGX & others source for information which help greatly in my decision. I have learned much from Warren Buffet principles of investment. Built a strong portfolio of winning stocks, sell off the losers.

Knowledge does not guarantee success. It is attributed to the godly principles that I had learned that make the difference. I'm able condition myself better to overcome fear and greed. Seek godly wisdom in order to make wise decision. Focus on business growth rather than focus on profit. Those who know the story of Joseph will know that it was through crisis that will present the greatest opportunities. I have learned to manage risks & review my portfolio regularly.

I ask a few friends who are over 55 year old where you park you CPF money. The reply – leave it in CPF because bank interest very low and stocks are risky.
There are many who are still holding on to the losers or pennies stocks because these people “sell the winners and keep the losers”
Quote
+2 #7 8117 2013-08-15 11:00
ISAAC
I feel honor by your complements especially coming from an experience and successful investor like you. Thanks so much Isaac.
Quote
+2 #6 8117 2013-08-15 10:59
Pearl,
Thanks for your interest. You can find in the forum under “Sound Investment” I have posted many write-out which may be helpful. Examples: “Risk Managements” & “Investment Pitfall” and how I stock-pick.

I don’t waste time focusing on daily share price. In fact there are more to life than wasting time watching the computer screen. Don’t work for the money but let your money work for you.

I keep track of news, check into SGX announcement & review my portfolios. Important is to keep all the winners and sell off the losers. Don’t focus on profit but instead on the business of the stocks. Knowledge will help you but seek wisdom. Wisdom will help us make the wise decision. (Story of King Solomon)

I think i should manage my portfolio like him...

We have 786 guests and no members online