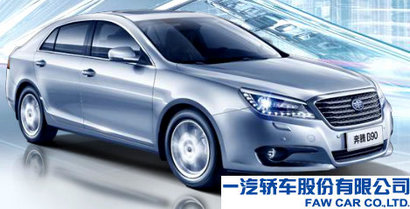 FAW has hit funds hard, with its shares down nearly 40% in the third quarter.  Photo: FAW

PROFESSIONAL INVESTORS plying the markets in Shanghai and Shenzhen will be happy to bid farewell to September.

Of the 822 funds trolling the Chinese stock market, average losses in the third quarter hit 8% with 75% of participants losing money.

That's not exactly a ringing endorsement for A shares.

And as luck would have it, 10 was hardly perfect for many market participants, as it was this number of particularly poor-performing stocks that were especially damaging for 37 funds investing in Chinese A-shares.

Hunan Mendale Hometextile Co Ltd (SZA: 002397), last year one of the darlings of the three-year old ChiNext board for the country’s SMEs, is one of the most poisonous pills of all.

Another big league laggard for funds during the July-September timeframe was Zhongshan Broad-Ocean Motor Co Ltd (SZA: 002249) which is also languishing at 52-week lows, currently trading at 6.11 yuan after hitting a high of 20 yuan late last year.

As mentioned, a full three quarters of funds invested in Chinese shares -- or 619 to be precise -- lost an average of 8% in the third quarter.

The benchmark Shanghai Composite Index is down 8.8% since the beginning of July

As bad as this appears, it is actually better than the overall market, as the Shanghai Composite Index is down 8.8% since the beginning of July.

These 10 bourse bears were especially damaging to three dozen investment funds in particular, including a broad spectrum of convertible debt funds and index-based funds.

That the ten third-quarter laggards represent a wide array of sectors and show no particular concentration in a particular industry (save for the two textile and two auto plays) displays the hit-and-miss, dartboard-like investing strategy in the slumping market of late.

The overall loss by funds is slightly better than the benchmark index, which is to be expected as professional investors tend to jump into the fray better prepared than their retail brethren.

However, their performance and preferences over the current quarter offer little in the way of guidance on what’s hot and what’s not.

Nor is there much in the way of a barometer on just where the market is headed in the fourth quarter, and whether stimulus happy governments around the world can do anything to spend their way into more vibrant market sentiment and performance.

PARTY OVER? Dual-Listcos Much Better Off In Hong Kong

We have 462 guests and 4 members online