PARTY OVER? Dual-listcos Much Better Off In Hong Kong

FOR THE GROWING ranks of firms listed in both China and Hong Kong, it used to be that their A-share versions were the better half.

That era may be in jeopardy because during the January-August period, dual-listed firms in Hong Kong provided 25% returns to shareholders.

And their A-share twins? 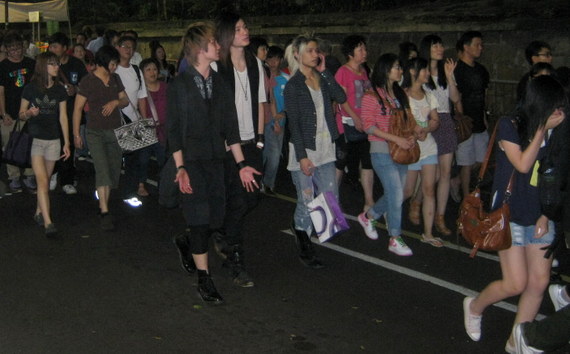 So what's the upshot?

According to market watchers, this shift in fortunes is also causing a shift in allegiances, with those authorized to buy shares on both sides of the de facto border showing signs of weighing their portfolios more heavily in Hong Kong’s direction.

And not only are dual-listed enterprises selling both A-shares and H-shares experiencing this phenomenon of late.

Close peers such as Chinese jewelry plays listed in Shanghai or Shenzhen and their Hong Kong rivals listed on the HKSE are also showing clear signs of jumping in line behind this recent trend.

However, a growing number of analysts are urging concerned investors not to be rash and overreact to the pressure to relocate their shares.

Existing regulations in the PRC market still broadly limit the amount of foreign ownership (including Hong Kongers) of China-listed A-shares -- except for those investment houses included in the Qualified Foreign Institutional Investor (QFII) scheme.

Therefore, current retail investors of dual-listed firms selling shares in both Hong Kong and either Shanghai or Shenzhen are most likely to be PRC citizens, as they can more freely purchases equities from all three bourses.

Hong Kong hasn't exactly had a banner year so far


Analysts are saying the relatively weaker performance of the benchmark Shanghai Composite Index of late relative to the benchmark Hang Seng Index is driving investors toward shares comprising part of the latter.

But in addition, the recent stimulus package by Beijing which promises to pump at least 158 billion usd into the economy is a cause for worry.

Furthermore, there is now strong sentiment leaning toward believing that the Obama Administration is on the verge of yet another stimulus package, which would be called QE3, to kickstart the stuttering US economy and strengthen the incumbent president’s chances for reelection.

This puts a great deal of uncertainty into A-share investors’ as A-shares are denominated in the Chinese yuan currency.

And although the yuan moves within a narrow daily trading band of the greenback, the renminbi as it is also called still runs the risk of healthy fluctuations vis-à-vis the US dollar, especially with the likelihood of all this new Chinese and American currency floating about thanks to the new stimuli on both sides of the Pacific.

And when the yuan weakens, returns for A-share holders diminish when earnings are converted back into their local currencies, whatever they may be, if in fact the renminbi depreciates.

But Hong Kong-listed shares are denominated in Hong Kong dollars, a currency which has more or less been stuck at the 7.8 hkd to one usd level for decades.

As if investors these days didn’t have enough to worry about with watching for interim earnings clues, M&A possibilities or lurking corporate management problems, now they are forced to keep an eye ever so sharply focused on the daily fluctuations of the usd-yuan exchange rate.

That makes the recent runs in both markets – especially in Shanghai and Shenzhen – all the more confusing, perplexing and muddling.

One thing is for certain.

Investors in A-shares are certainly looking forward to the upcoming extended national holiday, a chunk of time they can use to catch their breath and focus on just Hong Kong shares for a change.

We have 794 guests and 6 members online