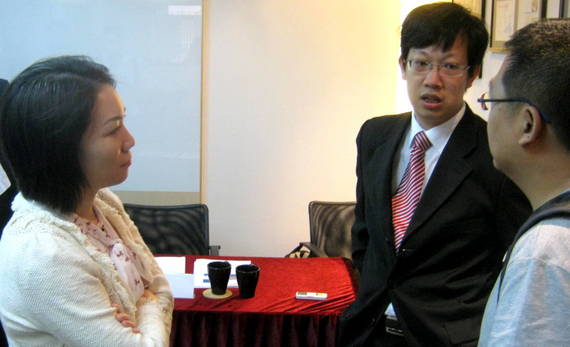 SIJIA GROUP (HK: 1863), a major producer of reinforced materials for a growing list of industry applications, managed to boost its first-half revenue despite a sluggish global economy.

Biogas demand in China had a lot to do with the top line growth, management told investors in Hong Kong.

“A major objective in China as part of the country’s 12th Five-year Plan is to nurture seven new strategic industries including new materials and new energy. These two are right up our alley,” said Sijia Group Finance Department Head Wu Yonggui.

The PRC will boost policy support and guidance to promote R&D in key technologies and develop these privileged strategic sectors into becoming pillar industries. 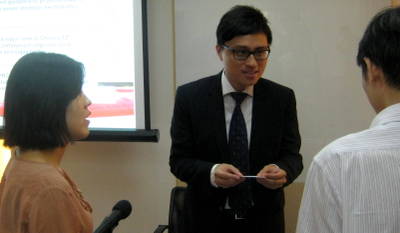 Rural modernization will also be a major task in China’s 12th Five-year Plan for development, including a continuation of rural infrastructure improvements, including strong support for affordable energy in these regions.

“This means a strong endorsement for biogas-related energy production, and an anticipated strong demand growth for our biogas tanks,” Mr. Wu said.

Any barnyard animals could be contributors to biogas-generated energy facilities, including cattle, pigs, sheep and poultry, making it one of the most obvious ways to produce electricity in China’s sprawling countryside – with rural citizens still comprising around 60% of China’s 1.4 billion population despite massive migrations to the cities these past few decades.

“The tremendous demographic changes in China over the past two decades in particular, with hundreds of millions of farmers moving into the cities in the biggest urbanization drive in human history, does not at all mean there will be smaller markets for our biogas products in the countryside. 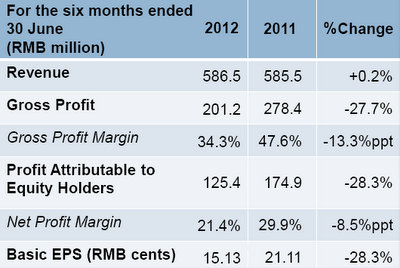 “In fact, the biogas market is still very much underdeveloped so there is still great potential for us in this area,” Mr. Wu added.

Biogas projects are increasingly supported by the PRC government with a total subsidies for the industry expected to jump to 23 billion yuan by 2014, with authorities hoping to boost biogas user numbers in rural areas to some 60 million by 2015.

That would represent around 10% of the total rural population at that time.

“The current user numbers are very small so although the rural population is shrinking as a proportion of the total PRC population, we expect huge growth potential in rural biogas tank demand as the market is still very underdeveloped,” Mr. Wu said.

Biogas tank end products now represent 8.6% of total revenue compared to 7.5% in the first half of 2011.

The end products segment represents a fast growing aspect of operations in the first half for Sijia Group, now constituting 28.2% of the top line versus 27.9% a year earlier.

The increase in sales of end products was boosted in particular by biogas tanks, waders and protective garments.

In the January-June period, Sijia's total revenue inched up 0.2% year-on-year to nearly 587 million yuan in a tough operating environment due to the global economic malaise and slower growth at home in Mainland China.

The increase was primarily attributable to an increase in sales of certain products and a relatively stable market demand, the Hong Kong-listed manufacturing enterprise told a roomful of investors in Hong Kong's financial district. 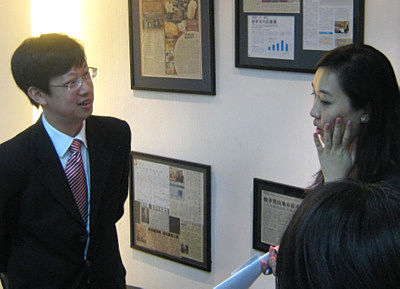 However, thanks to reduced sales of its top seller -- conventional materials including waterproof and architectural membranes -- its first half net profit shrunk 28.3% year-on-year to 125.4 million yuan.

While being prudent in its expansion campaign, Sijia realized that tremendous potential still remained in the industry.

“The nationwide establishment of production bases in a top priority to Sijia. All the fundamental construction of our new facilities in Jinshan, Shanghai has been completed decked out with high-precision fully-automated equipment from Italy to enhance our coating operations which we trust will allow us to become a domestic manufacturer with state-of-the-art capabilities for producing reinforced materials,” said Sijia Group Chairman Lin Shengxiong.

He added that the Hong Kong-listed firm continues to increase its efforts in the development of new materials products, particularly end products like biogas tanks. 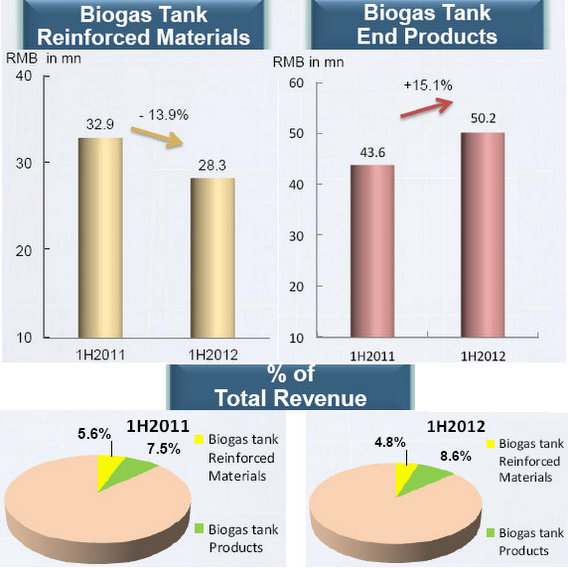 “Establishing an efficient, effective industry chain is also a major development goal of Sijia. We continue to broaden our chain from top to bottom to achieve the maximum quality in outdoor leisure products, eventually building up into the top Asian brand in the industry,” Mr. Lin said.

“As stated in the 12th Five-year Plan, the ‘New Materials’ industry will reach a total output of two trillion yuan by 2015, with an annualized growth rate of over 25%.

“Proactively capitalizing on the New Materials opportunities was the chief driver to help improve Sijia’s overall system and organization, which allowed us to achieve much higher effectiveness and efficiency in our overall corporate management,” Mr. Lin said.

He added that as the domestic New Materials industry rapidly develops, “an enterprise must persistently reform to cope with the ever-changing environment.

“To facilitate further enhancement at the Group level, we must set a definitive goal to solidify our leadership position in the industry.”

He was very sanguine on opportunities down the road.

“As the forerunner of the New Materials industry, we will continue to develop clean energy and environmental protection businesses as mentioned in the (current) 12th Five-year Plan. With the increasing awareness of environmental protection in China, the application of TPU (thermoplastic polyurethane) will become more common and we will continue to develop TPU products.”

TPU is an environmentally-friendly waterproof membrane that plays an increasingly larger role in Sijia’s product outlay.

Outlining the first half financial results for the roomful of investors, Sijia CFO Alvin Chan said the six-month results were “within expectations,” given the global economic slowdown, but that the company expected better results going forward as things began to rebound.

“Our top selling product category remained reinforced materials, contributing 52.3% to the top line. Its margins stayed relatively stable at around 39% and we expect these margins to remain healthy going forward,” Mr. Chan said.

Sijia is the largest manufacturer of reinforced materials in China with a 4.5% market share.

It is also the PRC's top maker of waders/protective garments, inflatables and air tightness materials with respective market shares of 20.4%, 29% and 18.2%.

We have 971 guests and no members online