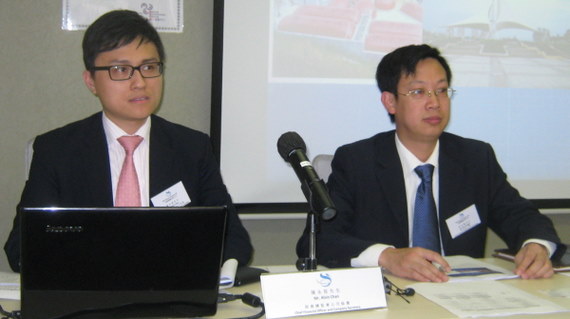 SIJIA GROUP (HK: 1863), a leading PRC-based maker of reinforced materials for use in products like biogas storage containers and inflatable boats, saw its 2011 bottom line shoot up 51% to over 328 mln yuan thanks to a near tripling of end products capacity.

Management met with reporters and investors in Hong Kong to shed light on the Hong Kong-listed firm's strong growth.

Sijia’s revenue grew at a slightly slower pace, 24% year-on-year to 1.2 billion yuan, which translates into a healthier margin scenario for Sijia. 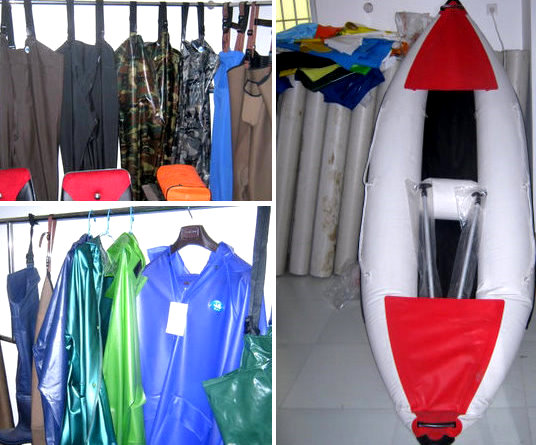 Products like these led to big boosts in orders from Thailand last year during major floods.
Photos: Andrew Vanburen

Increasingly possessing the ability to meet a growing order book had a lot to do with Sijia’s strong showing last year.

And increase it did, with end product capacity soaring 250% year-on-year to 7.5 million units, while the “materials” product category capacity jumped to 76 million meters from 42 million.

Sijia has many distinctions which set it apart from a crowded market full of competitors.

It is the largest manufacturer of reinforced materials in China, with a 4.5% market share.

Sijia is also the largest maker of waders and protective garment materials in the PRC with a 20.4% market share.

And not to blow things out of proportion, but its inflatable raft and airtight products operations constitute the country’s largest, holding a 29% and 18.2% market share, respectively.

“We attribute a lot of our recent success to our market leading positions for a wide range of products categories, our dedicated and stable management team, our strong manufacturing capability and low-cost structure, a strong R&D commitment to product innovation, an increasingly recognizable brand image and finally, vast product applications and an integrated business model,” Mr. Chan added.

The strategy must be working, because Sijia sits atop the reinforced materials making totem pole in Mainland China with an overall 4.3% market share, with Shanghai Shenda-Kobond and Plato Chemical tied for second place at 3.5%.

Under the Sun: Giant screens like this are another segment of Sijia's broad product line.  Photo: Sijia

It allowed Sijia's end products category to contribute nearly 35% to the top line in 2011, up from 29.6% the year earlier.

There was plenty of incentive to move toward a greater concentration on end products.

Gross profit margins for this product category stood at an impressive 52.3% last year, up from around 48% recorded in 2010.

“We can earn higher margins because we increasingly use third generation products which are characterized by higher quality and more durability,” Mr. Chan said.

One of the most promising stars within Sijia’s end product category are biogas tanks -- inflatable receptacles the store this increasingly important biofuel. 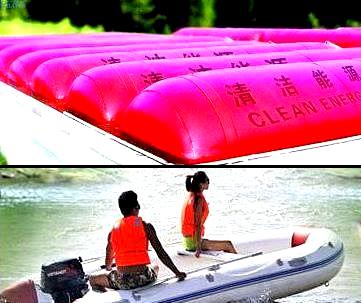 “One major objective for China is to nurture seven new strategic industries for the upcoming 12th Five-year Plan, including new materials and new energy sources. The PRC will boost policy support and guidance to promote R&D in key technologies and develop seven strategic sectors into pillar industries.

“Rural modernization will also be a major task in China’s future development, including continuing to improve rural infrastructure construction with biogas tanks playing an increasing role,” Mr. Chan added, referring to the convenience of using biogas in places where its biggest raw material suppliers are – livestock.

In raw numbers, biogas projects supported by the PRC government are expected to enjoy subsidies of around 23 billion yuan by 2014, with authorities aiming to realize 60 million biogas users in the countryside by 2015. 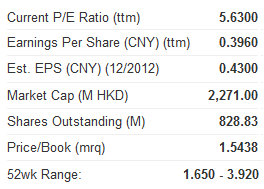 Mr. Chan said the company was not in the habit of letting its products completely sell themselves, but instead was an enthusiastic marketer of its goods, having 17 sales offices across the PRC.

Finally, while savoring its number one market share in China, Sijia was not inclined to rest on its laurels, and was constantly seeking new products and innovating novel products.

But Sijia could breathe easy for now, as its top spot was unassailable at present.

“There are very high market entry barriers in this business including huge capital requirements, a mastery of the technology, talent retention and the inability to topple an established brand overnight,” Mr. Chan said.

He added that the company was off to a good start, with a full order book of 600 million yuan nailed down for the first half of this year.

We have 1145 guests and no members online