WEIYE: Fund managers give thumbs-up to its Hainan homes 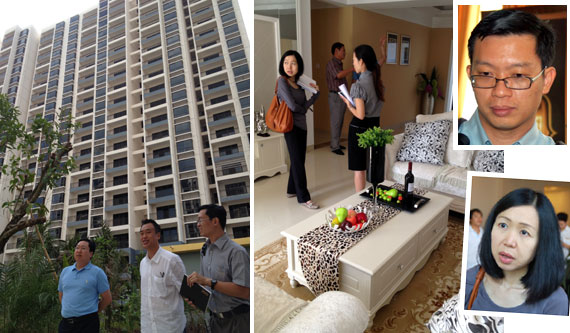 Photos and video by Sim Kih

RECENTLY, three fund managers, two analysts and I checked out Weiye’s real estate developments in the tropical island of Hainan.  We flew to its provincial capital, Haikou, aAfter viewing its projects in Henan.

On arrival at Haikou, my fingers, dry and cracked from Henan's cold arid autumn, regained their pink and soft vigor. Hainan's tropical and humid weather make it an idyllic escape from China's cold winter, which are long and harsh in the northern provinces. 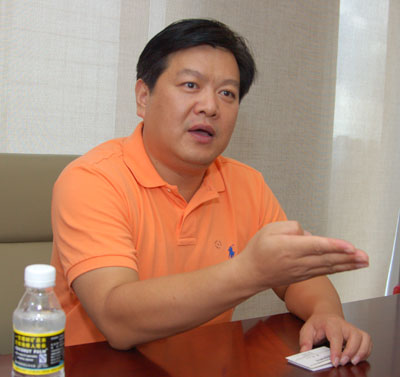 Founder and executive chairman Zhang Wei owns 49% of Weiye.  Mr Zhang was trained in law school and started his career in a state-owned property developer.

On the tropical breezy island of Hainan, we visited:

Ø Weiye's Western International Plaza in Danzhou (in the west).

In addition, it has projects in the north (Rhine Coast at Wenchang) and in the central region (Oxygen Town at Tunchang).

"We are also looking at building holiday homes in Sanya in the south," said executive chairman Zhang Wei, who met us at Weiye’s office in Haikou.

Sanya is the most popular tourist destination in Hainan with homes transacting above Rmb 20,000 per square meter currently. This is as high as 5 times the price of transactions in some other Hainan locations.

"The interior finishing of Weiye's residential projects is as good as, if not better than the condominiums in Singapore," said Heritage Capital fund manager Nai Boon Hiong, after viewing the show flats. 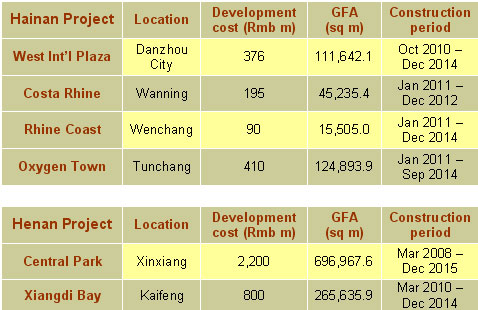 "What we saw exceeded my initial expectations in terms of scale, design concept and quality of finish. The roll-out plan over the next two years is also visible," said iV3 Absolute fund manager Tan Boon Keng.

One example of the quality finish found in Weiye projects: lighting and bathroom fixtures are of popular European or American brands.

"Our future projects will have even better finishing," said Mr Zhang. 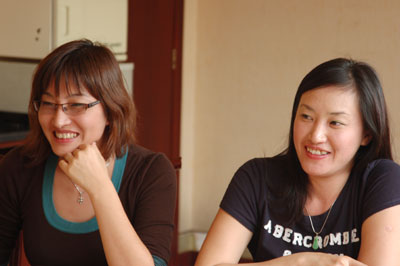 Demand for housing is driven by tourists who occupy their Hainan property only for part of the year.

Most home buyers are from China’s emerging class of newly wealthy, to whom a holiday home in Hainan has become a sought-after status symbol.

Private bankers say the number of high net worth individuals in China has been rising sharply, and that their investment portfolio allocation to foreign real estate is on the rise.

It is this emerging wealthy class that Weiye has in mind when it designed club privileges for its homebuyers.  Its value-added services range from interior décor, furnishing, arrangement of broadband and TV licensing, to home sub-lease, housekeeping and delivery of food and groceries. 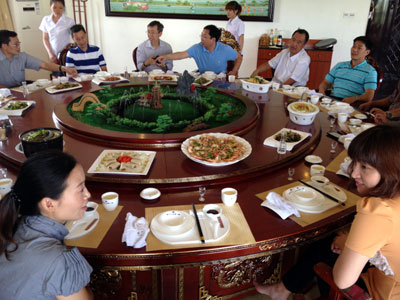 Weiye's management in Haikou lavished a sumptuous lunch on the visitors after hours on the road.

"Hainan does not have housekeeping service companies.

This is a service uniquely provided by Weiye, and we had to second personnel from other cities to provide this service," said Mr Zhang.

’Prominent Hainan real estate developers like the state-owned Zhongxin Construction and Hainan Airlines are talking to us to provide our 'home exchange' and housekeeping service for their projects,’ he added.

The company is also working on obtaining approvals for foreigners from Singapore, Macau and Taiwan to purchase its apartment units.

We have 710 guests and no members online