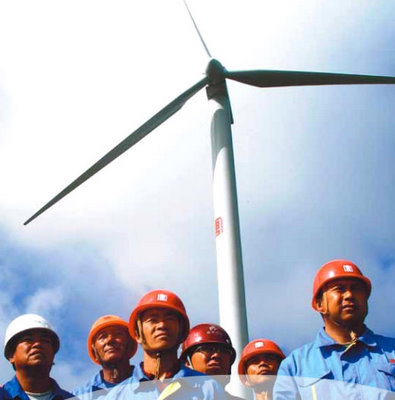 It also believes that new surcharges on wind power are keeping pace with other forms of energy.

In addition, within three years, wind power will be a serious competitor to thermal on a cost basis.

The on-grid tariff and sales tariff for thermal power were recently raised.

After three hikes this year, the on-grid tariff for thermal power has reached approximately RMB0.44/kWh. 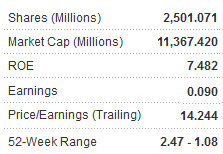 “The low end of this range is now the same as some of the higher thermal power tariffs. We reiterate our view that the cost of wind power will match that of thermal power by 2015.

“With energy conservation and emission reduction being key goals in the 12th Five-year Plan period, we are optimistic on wind power's position in China's electricity mix and environmental efforts,” Bocom added.

The brokerage is maintaining its "Outperform" call on China’s wind power sector. 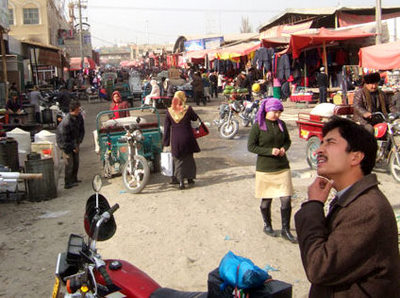 Look Down!  Xinjiang has a third of China's coal reserves.
Photo: centralasiatraveler.com

As of the end of November, Xinjiang Hami Santanghu Coal Field --  located in the country’s largest but rather remote province -- had reported coal resources of 55 bln tonnes at the shallow layer (less than one km) and 120 bln tonnes at depths of less than two km. It is estimated that the coal field will enter an expansion phase in 2012.

“There is potential for large-scale coal exploration in Xinjiang. The region’s coal resources are concentrated in Hami, Zhundong, Yili and Kubai,” Bocom said.

The coal output of Xinjiang reached 110 mln tonnes in 2010, with the government of the autonomous region planning to increase its coal production capacity to 430 mln tonnes by 2015 and over one billion tonnes by 2020.

Due to insufficient rail cargo networks in the region, demand will continue to outstrip supply in China’s coal sector, which is good news for collieries as this will maintain strong selling price inflation.

“Even if Xinjiang’s capacity exceeds 400 mln tonnes in 2015, whether utilization can reach a high level remains uncertain due to transportation bottlenecks. Supply tightness will remain the theme of the Chinese coal market over the next three years,” Bocom said.

The brokerage is reiterating its "Outperform" sector rating.

We have 1644 guests and no members online