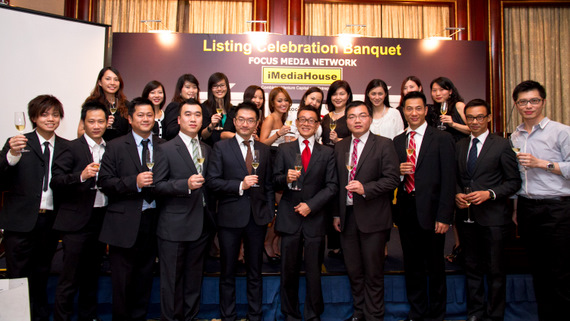 WE ALL KNOW that Hong Kong’s benchmark Hang Seng Index had a problematic first half.

But this produces silver linings galore. Where do the experts suggest we look for bargains going forward?

According to a Chinese language analysis piece in Sinafinance, one often overlooked investing option in Hong Kong are low-priced shares, sometimes called “penny stocks” if their valuations dip below one Hong Kong dollar.

Recently, and not unlike other capital markets around the world, the Hong Kong Stock Exchange has been rather stagnant thanks to the heavy weighting of heavyweight counters in the financial and property sectors and their lacklustre performance.

Given blue chips' representation on the benchmark Hang Seng Index, their marginal day-to-day movement up and down the valuation chain leaves the index only capable of “rangebound” activity, and also leaves financial market writers thumbing through their thesauruses each market close looking for novel ways to describe the seeming inactivity.

The past few months have been humbling for Hong Kong's benchmark index, the Hang Seng

But shimmering in the depths under heavily-capitalized counters lies a whole oyster field of far less expensive shares whose far more pronounced movements on a day-to-day basis go relatively unnoticed by most investors as they not only fail to jar the Hang Seng given their light weighting, but also lack headline-grabbing potential because fewer houses bother to bring them into their respective coverage universes.

However, decisiveness is in order as the docility of the blue chips of late will inevitably inspire major institutional investors and seasoned retail investors to look for more profitable destinations for their capital, with under-the-radar low-priced or “penny stocks” likely to come to their attention as viable alternatives.

The trick, of course, is beating the pros to the punch.

That being said, penny stocks carry their own innate risks unique to their status, and are less likely to be the first choice for long-term investors, thus belying their tendency to exhibit price volatility relative to their blue-chip peers.

Penny stocks are also not an investment vehicle that can be left idling unwatched for long periods of time, as their share price can easily go up (or down), often by double-digit rates, in the wink of an eye – a phenomenon very rare for big caps.

So what are some of the unique preparations and precautions that investors in low-priced shares must take into consideration before and after buying penny stocks?

This is especially true given recent reports of mass-buying behavior by “investor clubs” in Mainland China who specifically troll regional markets for such cent-chips.

The news hit the targeted stocks very hard, resulting in around six bln hkd in market capitalization being erased from 105 listcos at the time. However, there is little indication that such restrictions will make a comeback anytime soon.

Actually, if four principles are adhered to, trading in penny stocks can be a very rewarding and relatively risk-manageable undertaking.

While many of the more battle-tested investors out there undoubtedly heard the following guidelines before in one fashion or another, they are worth reviewing because they apply specifically to penny stocks, and the inherent risks and rewards within.

First, make sure your target penny stock has stable profits over a measurable period.

Low-priced shares that have produced losses in consecutive seasons should be avoided. 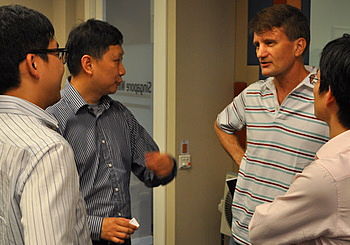 Singapore "penny stocks" like Anwell Tech, currently at 0.385 sgd, can also be gauged by the "four principles."  In the above photo, Anwell Chairman Frankie Fan (second from left) and CFO Ken Wu (extreme left) chatting after an AGM with Robert Stone (right), who owns 5.2 mln shares of Anwell and is among its top 10 shareholders.  File photo by Leong Chan Teik

However, if verifiable evidence and trustworthy forecasts suggest that the company in on the cusp of a bottom-line turnaround, and the prospects for future earnings is sanguine, then these counters can serve as exceptions to Principle No.1 and their anticipated rebound can even be seen as a hype factor.

Second, make sure the target stock’s core business has an acceptable level of “uniqueness.”

Provided the business cannot be easily replicated by would-be competitors, or the existing competitive landscape is not overcrowded to an unacceptable degree, then the penny stock may be worthy of consideration.

Third, make sure the company has sufficiently high barriers to entry.

Ideally, a company with an established history of success cannot be cloned overnight, regardless of how much investible capital the potential competitor has on hand.

Finally, and perhaps most important of all, ensure first that the targeted firm has an sufficiently promising market potential.

If the candidate company meets the first three principles, but is lacking on the fourth count, then loud warning bells should sound and the stock should be avoided.

In summary, trading in penny stocks requires a unique approach on the preparation front, and more tireless and vigilant monitoring during its tenure in your portfolio.

But if the above four principles are adhered to, the rewards will often far surpass the inherent risks.

0 #1 PJ Wong 2011-09-17 09:58
I don't think it is correct to classify a listing at $0.72 as a penny stock. Penny stocks really means less than 10 cents. Since the listing this stock remains up more than 10% while the broader market is down roughly 20%.
Quote
Refresh comments list
NextInsight.net

We have 1803 guests and no members online