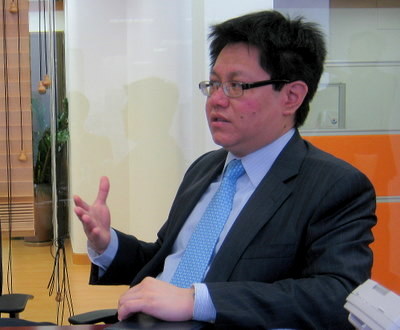 But it was not going about capacity expansion without careful planning and consideration. It would shift focus this year to enhancing product quality and raising efficiency at existing production facilities rather than blind expansion, the Hong Kong-listed firm’s CFO Mr. Jason Chow told NextInsight in an exclusive interview.


NextInsight: How closely linked are Solargiga’s ingot/wafer sales with the state of the global economy?

Mr. Chow: Solar projects (i.e. the end-customers in the value chain) heavily rely on financing (solar projects are just like prepaying electricity charges) and therefore if the credit crunch in 2008/2009 happens again, it may affect demand of solar products.

Are subsidies in the EU, especially Germany, helping to boost sales to that market given the strong government support for solar power manufacturing and commercial use there? And by how much?

Mr. Chow: Government support is important for the EU solar industry at this stage, and we expect the cost improvements on solar products to continue and reliance on subsidies will keep declining and finally reach "grid-parity."

How important are Chinese government subsidies to solar makers with plants in the PRC to your results, and do you expect the strong support to continue for several years?

Mr. Chow: Chinese government support is minimal in the current stage, even though they have already set out a big picture to support solar industry. Looing back at 2009, there were only a few pilot projects in Dunhuang, PRC. After that, there are now pilot projects under the "Golden Sun Program" (approximately 600MW in total). In 2010, there were another 13 pilot projects in Northwestern China, a total of 280MW. Compared to the projects in Europe, the projects in China are still small. And therefore, most solar products produced in China are for export. But we expect the support from the Chinese government to keep increasing and more larger scale projects will be built in the coming years.

There is growing rumbling of complaints overseas of these subsidies and the anti-competitive nature of the state support. How big a concern is this for Solargiga and are you taking steps to hedge/shelter your risks against the possibility of anti-dumping or anti-subsidy tariffs against China-made ingots/wafers? 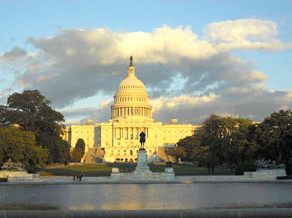 Gathering Stormclouds? Legislation in the US and Europe threatens to levy anti-dumping duties on Chinese-made solar products. Photo: Senate.gov

Mr. Chow: The cost to generate electricity using solar products is still high at this stage compare to other forms of energy. Every country needs to launch subsidy programs to encourage the use of solar products. Therefore, what the industry players need to do is to keep on improving cost management. Based on the current situation, we don't understand why there's an anti-dumping issue on solar products at this stage.

Your January-September revenue nearly tripled, and your bottom line swung from a loss to a significant profit. What were the chief reasons for this, and was it volume sales, higher tech product sales or higher ASPs/margins that helped the net profit so much?

"Wages only constitute a small portion of our production costs. The production of solar products is not that labour-intensive," says Solargiga CFO Jason Chow. Photo: Solargiga

Do you expect the strong sales growth to continue in the current quarter and next year?

Mr. Chow: We expect market demand for solar products will be strong next year, but ASPs (per watt) may decline due to the subsidy cuts in various European countries.

Mr. Chow: Wages only constitute a small portion of our production costs.
The production of solar products is not that labour-intensive.

What are the main attractive qualities of Sino Light in Solargiga’s opinion, is there good synergy and how will the acquisition be paid for, if approved?

Until now, has Solargiga mainly grown organically or through M&As? Why? And will this strategy continue going forward?

Mr. Chow: Yes, we may continue the organic strategy to grow. But instead of focusing on size, we want to focus more on product quality and cost competitiveness.

What is the most concrete earnings guidance you can provide at this point for the current quarter and 2011?

Mr. Chow: We don't give earnings guidance. But 2011 will be an important one for Solargiga in terms of production capacity growth.

We have 445 guests and no members online