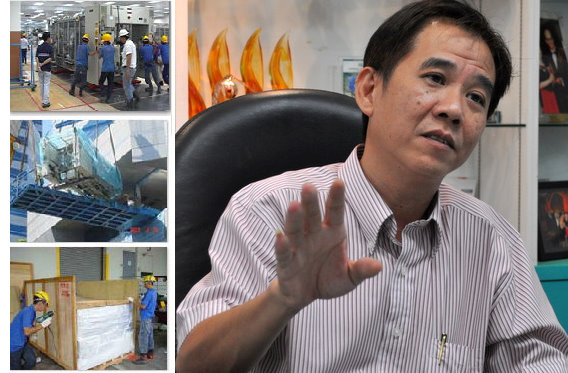 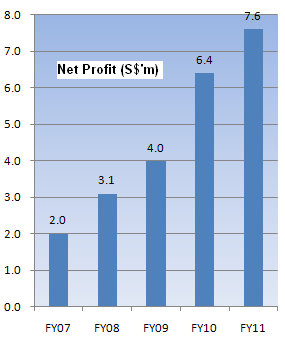 SINCE ITS IPO in Feb 2007, Chasen Holdings has established a track record of rising profitability, even through the global financial crisis.

Its gross profit margin rose from 24.8% to 27.9% on higher contributions from its core business of relocating complex and sensitive machinery for multi-national companies in the hi-tech sector.

The relocation services contributed S$30 million, or 41.9%, to Chasen’s revenue.

Chasen, a Catalist-listed company whose revenue has grown at a compounded annual growth rate of 36.3% between FY07 and FY11, has two other business segments: third-party logistics services and technical & engineering services.

These form a complete supply chain.

“We can integrate these three business segments to provide one-stop integrated solutions where we have the capability to build the plant, set up its facilities and relocate machines and equipment,” said Mr Justin Low, the MD.

The steady growth of Chasen looks set to continue this year, according to the management at a briefing yesterday. 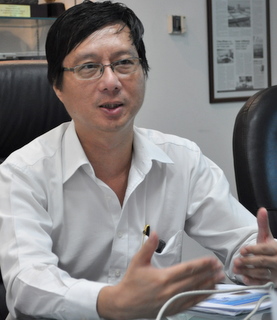 Mainly, Chasen will be busy with a significant order book it has clinched for its relocation services in China.

The order book reflects the opportunities arising from MNCs flocking to set up shop in China, or relocating their operations from first-tier cities in China to lower-cost areas.

In particular, Chasen will benefit from China's plans to invest billions of dollars to grow its semiconductor industry over the next few years.

Malaysia is also an area of growth for its relocation services, according to Eric Ng, Chasen’s lead independent director.

The country’s ‘green energy’ industry is thriving – as reflected by many reported plans, including that for a solar project in Sarawak.

In addition, the recent natural disasters that struck Japan, and the consequent power supply interruptions, are hastening the relocation of some Japanese manufacturing facilities out of the country to lower-cost places such as China and Malaysia, said Mr Ng.

In fact, Chasen has just completed relocating some operations for a Japanese client to Ipoh in Malaysia.

What could boost Chasen’s near-term growth is its maiden entry into the construction of the equivalent of HDB estates in the outskirts of Shanghai.

Chasen, tapping on its experience in constructing factories, is awaiting the results of its recent US$100 million bid for such a project.

If its bid is successful, Chasen would build the project over about 18 months and be paid by the Chinese government. Unlike a typical property development project, Chasen doesn’t need to market the apartments.


More information on the FY11 results can be found in the press release here.

0 #1 Natalie 2011-05-27 04:50
Stock is new to me. Relocation biz? Is there a similar listed company to compare with? Seems to have a wide range of services, will need time for the market to familiarise itself with Chasen. past growth performance is commendable.
Quote
Refresh comments list
NextInsight.net

We have 1672 guests and no members online