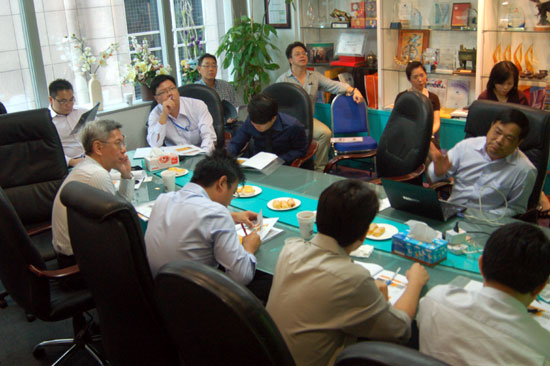 He is optimistic about the sector outlook: HDD shipments will grow by about 10% this year, according to iSupply.

Cheung Woh is a global leader in the manufacture and supply of precision HDD components, which contributed 44% to FY2011 group revenues. Segment revenues increased 12.5% to S$67.3 million, thanks to growing consumer demand for personal computers. 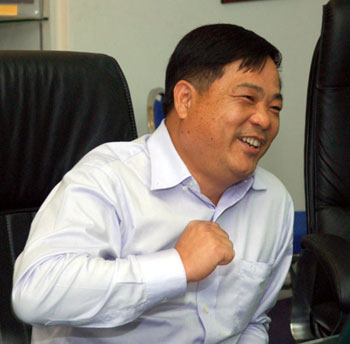 Government stimulus to the automotive sector ceased in Jan this year, but demand has remained strong.

The group supplies seat track adjusters and seat recliners to most of China's major auto brands, such as Geely, Chery, BYD and Chang'an.

Sales in precision metal stamping components fell by 11.5% to S$21.1 million, mainly due to a decline in sale orders for this segment after a customer came to end of project-life.

There was also a reduction in sales for the re-rolling steel segment mainly due to lesser internal demand during Jul to Sep 2010.

The group maintained its gross margins at 23.1% (FY10: 23.5%), by improving manufacturing processes and management structure, which offset rising raw material and labor costs.

Distribution and selling expenses were 33.0% higher at S$7.3 million while general and administrative expenses were 16.2% higher at S14.1 million, in line with growth in the group’s turnover and expansion in operations. China's new wage policy has also contributed to an increase in employee compensation.

Current liabilities increased by 41.0% to S$87.3 million due to increase in trade and other payables of S$9.6 million as well as interest-bearing loans and borrowings of S$15.3 million. 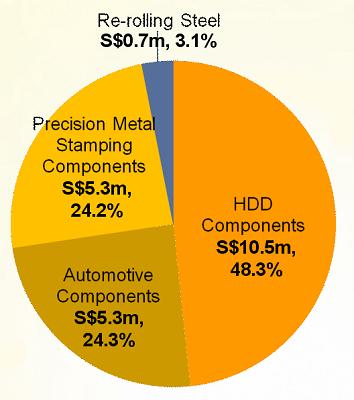 Net cash generated from operating activities doubled to S$14.1 million while cash reserves surged by 57.9% to S$18.8 million. The company is estimating capital expenditure of S$13 million in FY2012.


Below is a summary of questions at the meeting and Mr Law's replies.

Q: What is the impact of rising labor costs, raw materials costs and rising oil prices?

The cost structure will impact the entire industry, and does not affect our competitive position. We have been around for 3 decades and this is not a new problem.

We can change the product mix or have measures to offset the cost increase. We have a roadmap for improving operational processes.

Q: Why does the customer prefer Cheung Woh?

When making air combs, we use a proprietary cold-forging technology that substantially reduces machining time and lowers material costs.  Forging makes it much stronger, and able to resist thermal and dynamic shock.

Also, our end customer will be able to enjoy higher product yields during the assembly process. The technology is able to increase metal thickness, and not merely make it thinner as with traditional technology.

This is the most efficient method for making substrates.

The seat track is a very important component as it is the only link between the seat and the car.

Q: What is the difference between stamping and forging?

Stamping is a cutting or bending action, while forging is a process of shaping metal and increasing its strength by hammering or pressing.

Q: Why do you supply only seat track adjusters and seat recliners when the entire car seat has so many components?

These are high dollar value safety items that need to pass collision tests. These two items can cost the automaker as much as Rmb 200 per car.

Secondly, we are a first-tier supplier, meaning the customer gives us the application specification that enables us to design the item. These two items need high precision manufacturing and we have had them patented in China.

If we make the entire seat frame, our positioning would be just a stamping company.

We have 389 guests and no members online