ANWELL TECHNOLOGIES: Worst is over, focus now is on marketing and sales of solar modules 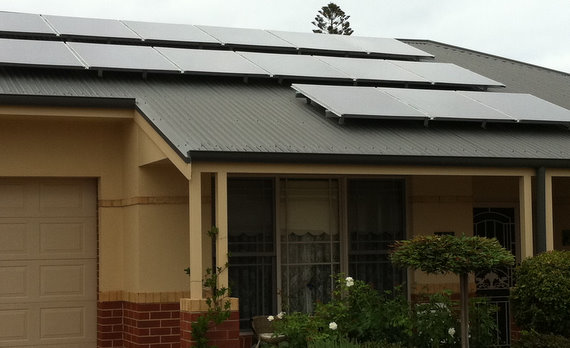 Anwell has a customer which has placed a US$300 million order for solar panels to be delivered over three years. The panels are for installation on rooftops. Photo: Anwell

FOR THE FIRST 9 months of 2010, Anwell Technologies reported a net loss of HK$307 million.

Not unexpectedly, the 4Q performance continued to be affected by its solar business’ start-up costs, higher depreciation charges, and higher admin and R&D expenses.

In all, 2010 was the worst in its history, with a loss of HK$416.9 million – pain that had to be borne in a capital-intensive business (manufacturing solar modules) before fruits can be harvested.

There are some fruits already, as Anwell’s revenue for 2010 exceeded HK$1 billion (+27% year on year) for the first time in its history, with the solar business contributing HK$246.9 million in sales.

“This means we had a successful breakthrough in the solar market, which many people initially didn’t believe we could achieve,” said Mr Ken Wu, an executive director of Anwell, in an interview with NextInsight yesterday. 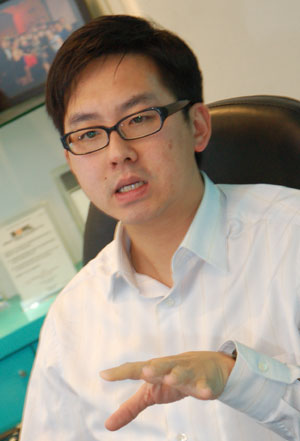 Anwell’s mass production of thin-film solar modules had started in March 2010 followed by a slow ramp up as the efficiency of its proprietary machinery was improved on at the same time. Meanwhile, marketing and sales of the solar modules was accelerated.

The 4Q marked the start of export of Anwell modules to its customers mainly in Australia and Europe for use on rooftops.

Mr Wu said that Anwell is working on acquiring new customers in the Indian and American markets.

With that, Anwell is working towards achieving 50% of its revenue (or more than double the previous rate of 23.4%) from its solar business this year, said Mr Wu.

That will be aided by further increases in capacity from the current 40MW per annum at the Henan plant of Anwell.

Anwell is the only solar company operating in China which has a vertically-integrated model: it builds its own production lines and manufactures the modules, and it has achieved a conversion efficiency higher than the industry’s average.

It intends to spin off the solar business in an IPO in 2013, said Mr Wu.

Given its capabilities, Anwell is planning to set up another solar manufacturing plant in China.

Mr Wu said this plant would cater to domestic demand, which is soaring as China introduces stronger policies to incentivise the use of renewable energy.

This business segment contributed HK$709.4 million in sales last year but it faced lower gross profit margins because DVD-R, its key product, is in a mature phase of its life cycle. There is consolidation in the industry and as smaller players are ousted, margins could improve, said Mr Wu.

In the meantime, a new product, Blu-ray, is emerging in popularity (especially in Japan) and it sells for a higher profit margin.

Anwell’s sale of Blu-ray discs last year was not enough to offset the business segment's decline in margins but things will improve going forward, as Anwell intends to increase its capacity this year, albeit from a small base, said Mr Wu.

Meanwhile, asked for an update on a US$100 m MOU announced last July for the sale of Bu-ray manufacturing equipment to be developed by Anwell, Mr Wu said the company is in talks with the customer over modifications to the design of the equipment.


Details of Anwell's 2010 results can be viewed in its press release on the SGX website.

We have 1062 guests and no members online