Less More
14 Feb 2016 23:28 #22867 by iCann
Replied by iCann on topic CNMC - Gold Mining Company on SGX
Over the last decade, combined demand for gold in India and China has grown 71%. Last year, these two markets accounted for 54% of consumer gold demand, up from 33% in 2005. India has a strong tradition of investing in gold, mainly in jewelry. Demand mostly increases around the wedding and festive seasons, which begin during mid-to-late August and continues until January. Expenditure on gold can account for almost 30% of the total wedding cost. This gives a boost to local currency demand and raises gold prices .

In China, people view gold -- whether in the form of bars, coins or jewelry -- as a natural vehicle for savings and diversification. Gold is embedded in China's culture and the Chinese New Year and weddings are key events in the country's gold consumption.

The outlook for gold in India remains healthy, particularly given upward revisions to GDP growth and retail demand, which continues to be supported by festive buying. In China, although demand might drop from the highs of 2013, growth remains intact. The People's Bank of China has increased its gold reserves by 57% since 2009. A continuous shift toward higher-margin products has lately been observed in the Chinese jewelry market. Gem-set and 18-carat gold items are becoming increasingly popular, with the latter largely gaining popularity among the younger generation.

The World Gold Council expects demand from China to grow at least another 20% by 2017. China's middle class is expected to grow and India also has a comparatively low level of per capita gold holdings. The powerful combination of increasing urbanization and strong cultural affinity for gold bodes well for the metal's demand in India and China.

For years, gold has been known as a hedge against the inflation that usually follows monetary easing and rising commodity prices.

Gold, for instance, skyrocketed back in the 1970s, together with oil prices and accommodative monetary policies that fueled inflation. The same thing happened back in the aftermath of the 2008-9 financial crisis, as Quantitative Easing fueled inflationary expectations, pushing oil and gold prices higher.

The trouble is that this time around, inflationary expectations failed to materialize. In fact, inflation stayed low, below central bank targets.

That’s why gold prices have been crashing as equities soar.

The prospect of deflation has forced central banks to push interest rates to negative territory, a situation that threatens to break the traditional banking system, fueling a flight away from financial assets to real assets like gold.

Compounding the problem, negative interest rates feed into the prospect of currency wars, fueling a flight from different currencies into gold.

Simply put, the determination of central banks to fight deflation at any cost will either (i) cause runway inflation, or (i) break banks and lead into currency wars.

SINGAPORE (Feb 17): Gold is set to benefit from sinking expectations for higher US interest rates and the potential for further market turmoil, according to DBS Group Holdings, the Singapore-based bank that turned overweight on bullion last year before the metal surged.

“Volatility in financial markets due to the Chinese/global slowdown and low oil prices and doubts regarding the effectiveness of monetary easing could continue,” Manish Jaradi, senior investment strategist at DBS’s Chief Investment Office, said in an e-mail. “This could keep risk appetite in check and US dollar rates low, supporting gold.”

Bullion rallied to the highest level in a year last week as traders cut bets on tighter US monetary policy and negative rates spread in Europe and Japan, boosting the metal’s allure. The advance was buttressed by volatility in financial markets, sinking oil prices and concern that the global economy may be faltering. DBS’s positive stance contrasts with the outlook from Goldman Sachs Group Inc., which this week reiterated its forecast that gold will tumble, saying this year’s fear-driven rally wasn’t justified.

“The sharp scale back in US Fed rate hike expectations and negative rates elsewhere suggests a ‘low for longer’ theme is back in focus,” Jaradi wrote. “With inflation expectations stable in the US, declining real yields could aid gold. Having said that, gold looks overbought in the near term.”

Gold’s rally is being driven as investors start to lose faith in central bankers’ ability to deal with economic challenges, according to Evolution Mining Ltd.’s Jake Klein, who said the metal’s advance has been strong enough to draw attention from long-time bears.
“The safe-haven demand appears to be where people are focused on, and that is on a loss of faith in central banks being able to manage through this period,” said Klein, executive chairman of Australia’s second-biggest producer. Bullion is “certainly getting more attention from people who have generally been bears over the past few years,” Klein said in a phone interview.
Gold has soared 14 percent this year to become the best performer on the Bloomberg Commodity Index as financial-market turmoil and concerns over slowing growth have fired up demand. Central banks in Europe and Japan have pressed on with negative interest rates to try to add stimulus and even Federal Reserve Chair Janet Yellen said the U.S. central bank is taking another look at the tool, if the economy falters. Prices have gained as investors scaled back expectations for tighter policy from the Fed.

Among gold bears who have thrown in the towel is ABN AMRO Group NV’s Georgette Boele. This week, she changed her year-end forecast to $1,300 an ounce from $900 as ABN becomes more pessimistic about the global economy, especially in the U.S., emerging markets and countries with exposure to oil.

“[China] must adjust the force deployment along northeastern borders ... and prepare militarily and diplomatically for all potential risks as soon as possible,” Wang said in the Global Times, a newspaper under the party mouthpiece People’s Daily.

The threats Wang named – besides North Korea’s tests – included the United States’ decision to send an aircraft carrier, strategic bombers and nuclear submarines to South Korean and Japanese bases, and the deployment of an anti-ballistic missile system in South Korea. 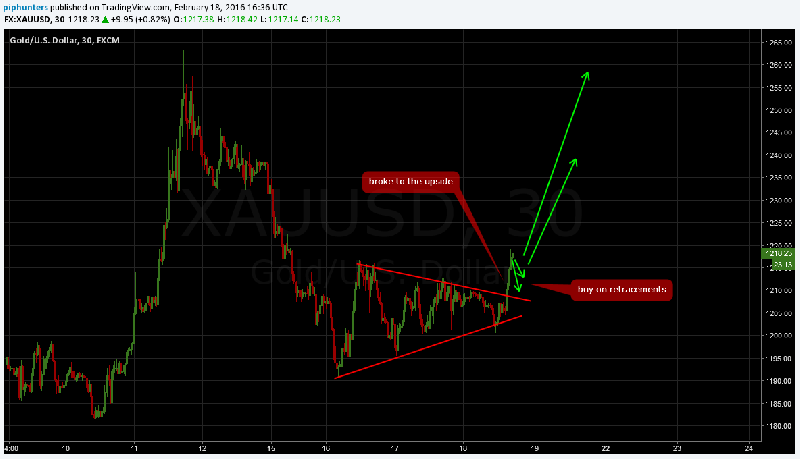 We have 248 guests and 2 members online