CORDLIFE: Stepping up efforts to deploy war chest for M&A

Cord blood banking is the process of storing your child’s umbilical cord blood, which is a rich source of stem cells, should the need for a stem cell transplant ever arise. Cord blood can be used to treat over 85 types of diseases such as leukaemia, lymphoma and thalassaemia, as well as metabolic and immune disorders.Cord blood is particularly rich in Haematopoietic Stem Cells (HSCs), which are responsible for replenishing blood and regenerating the immune system. HSCs are known as ‘precursor cells’ as they have the unique ability to differentiate into the different types of cells found in the body.

This amounts to about 80% of the market cap of Cordlife.

Cordlife has been paying decent dividends to shareholders in each of the past five years (see table).

Large retained earnings sitting inside companies usually are deployed to pare down debt (if desired) -- which Cordlife has done, so it is debt-free -- and to expand the business or make acquisitions.

On that last point, investors usually appreciate the new spring to business growth that comes with M&A, and they potentially will re-rate a stock.

With the pandemic tapering off, Cordlife is primed to go looking for acquisition targets, going by CEO Tan Poh Lan's reply to a question at a recent FY2021 results briefing, as follows:

The vendor was Full Day Ltd which is effectively the vehicle of Hong Kong tycoon Hon Kwok Lung.

Those are attributes of a perfect acquisition. In reality, few people ever marry the ideal spouse. 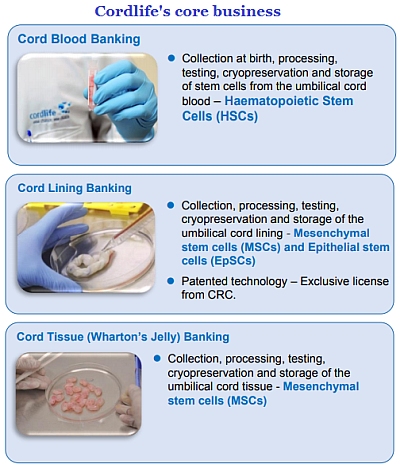 Cordlife came close to marrying an attractive match. In June 2019, it announced a proposal to merge with New York-listed Global Cord Blood Corporation, the first and largest cord blood bank in China.

The marriage via a share swap would have made the merged entity -- ie, Cordlife -- the largest cord blood bank in the world.

But it was not to be, and discussions were called off in 2021.

Prior to that, Cordlife has had a series of acquisitions. The latest was in January 2018,  when it acquired the largest private cord blood bank in Hong Kong, Healthbaby Biotech (Hong Kong) Co., Limited, for US$7 million.

Its next acquisition will be more than four years since. And it will be the first by Ms Tan Poh Lan in her role as CEO of Cordlife.

We have 391 guests and no members online