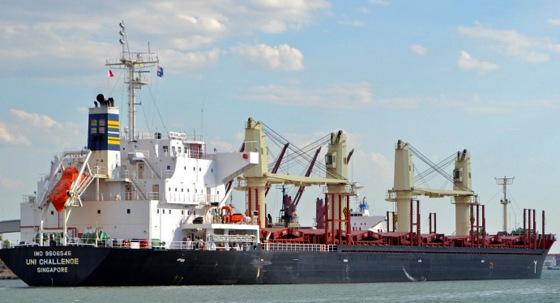 Uni Challenge is one of the 10 dry bulk vessels wholly-owned by Uni-Asia.
The dry bulk market has its own upturn story: Huge demand from China for commodities such as iron ore has been driving shipping rates up.

Precious Shipping stock listed in Thailand is up about 150% over the past 6 months.

Among the handful of shipping companies listed on the Singapore Exchange, two are relatively small players and are riding on the uptrend in rates.

"Shipping", which encompasses chartering on top of asset management and provision of services, is clearly the significant driver by far of Uni-Asia.

Its stock price has enjoyed a modest recovery in the past 6 months, rising 36% from 42 cents to 57 cents.

Much of the rise happened in one month -- November 2020 -- and it has plateaued since, trailing the performance of the Baltic Handysize Index. 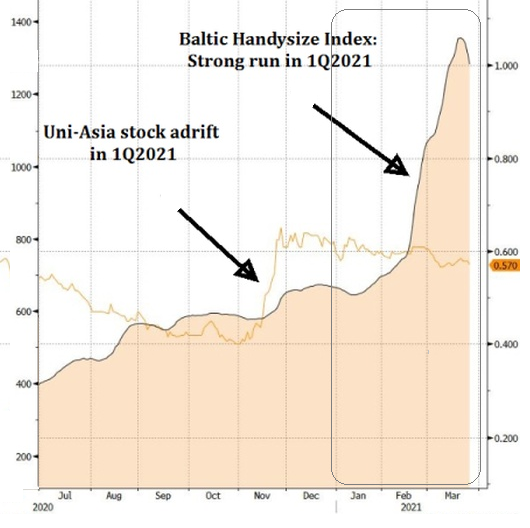 In other words, the majority of the existing charter periods will be up for renewal this year, while the rest next year.

Assuming freight rates stay elevated, Uni-Asia could be seeing a jump in profitability in 1Q2021 and beyond. 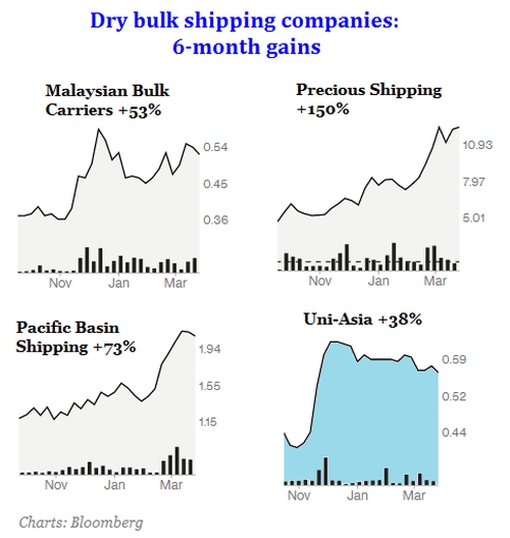 Samudera Shipping Line, whose core business is container shipping, is up 69% in the past 6 months.

Samudera transports containers through its feeder services between the central “hub” port in Singapore and smaller size “spoke” ports in the region.

It has a fleet of about 24 vessels -- some owned, some chartered -- which connect ports in Southeast Asia, the Indian Subcontinent, the Far East and the Middle East. 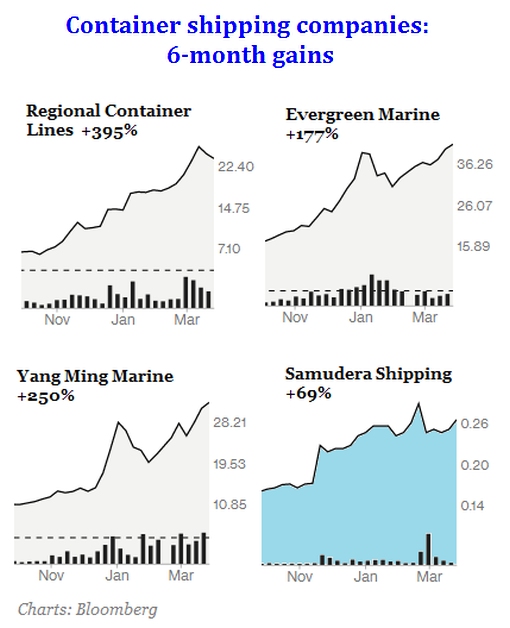 A Freightwaves.com article on 26 March said: "The Suez snarl will put upward pressure on ship and equipment leasing rates."

B. Riley Securities analyst Daniel Day was quoted in that same article, saying: “We now expect container shortages to last through at least Q2 and [to be] increasingly likely for the majority of 2021.”