The Malaysia-Singapore high speed rail dream has been dashed. In the wake of the recent news of the project termination are feelings of a loss of opportunities for the peoples of both countries.

Economic loss. Social. Political. Even the climate suffers - because rail travel has a lower carbon footprint than air travel.

It's a grand plan to turn the GBA into an economic entity rivalling peers such as the New York and Tokyo bay areas.

Chen Guanghan, a professor from Sun Yatsen University’s Research Institute of the Development of Guangdong, Hong Kong and Macao, commented that the “vision of the Greater Bay Area is far more than just a bridge or a railway. No country has ever tried something like this before, merging different tax and customs and legal systems.”

Within the Greater Bay Area lies Zhongshan city, which is positioned to become a regional technology and R&D centre.

Zhongshan has a unique strategic position as it is the central city of the Greater Bay Area.

Then there is Zhuhai City, which is to become the regional innovation centre and transport hub. 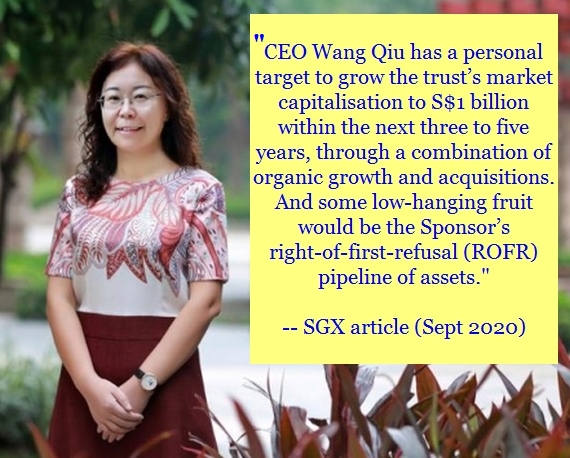 • DBS Group Research: DCF-based TP of S$0.86. Implies FY21F target yield of 8.0%. Dasin’s asset concentration in the Greater Bay Area enables the Trust to tap on the region’s growth. Guangdong’s GDP soared 10.7% in 2019, outperforming China’s GDP growth of 6.0%. With the Chinese government releasing a blueprint outlining its high hopes for the area, Dasin is well placed to benefit from GBA’s growing prosperity.

We have 579 guests and no members online