AEM: “We've been told countless times it's virtually impossible for a small S'pore company to take to global stage" 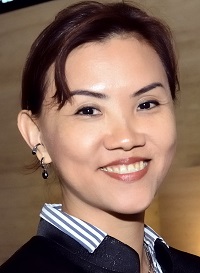 This article by Jennifer Tan appeared in SGX's kopi-C: the Company brew series, and is republished with permission

Back in 2011, Loke, founder and CEO of Singapore-based private equity fund adviser Novo Tellus Capital Partners, parachuted into AEM as an investor. He was forced to hone his pivot skills in the days that followed.

AEM, which had been placed on the SGX Watch-List in 2010, then had two main businesses – a substrates unit in the red and an equipment division that was still afloat. Although the company was generating cash, it was saddled with accounting losses.

"We received a US$20 million investment to develop our struggling substrates business, which appeared to be a godsend, but unfortunately, that lifeline didn’t pan out," he recalled, referring to Siliconware Precision Industries Ltd’s equity investment in MCT, its substrates subsidiary, in 2012.

Although AEM exited the SGX Watch-List that same year, the MCT division continued to incur operating losses. Two years later, AEM decided to bite the bullet and sell off the unit.

“We were then left with the equipment division, which also needed to be reset due to changes in end-customer requirements,” he added.

Those days back in 2013 and 2014 were pretty stormy. Fortunately, AEM had a strong management team who shared a single vision.

"We believed what we were working on is revolutionary and would disrupt the way semiconductor testing is carried out,” said Loke, who has more than a quarter century of global technology management and investment experience.

The Bachelor of Science in Electrical and Electronics Engineering graduate from Lehigh University, who also holds an MBA from the University of Chicago, was appointed Executive Chairman of AEM in 2017.

Having spent eight years of his career in Silicon Valley doing early stage investing, Loke placed a premium on innovation. He injected new DNA into AEM, laying the groundwork for its eventual transformation.

In the early days, AEM was an automation house, focusing on systems integration and contract manufacturing.

“Since 2011, we’ve invested substantially in our engineering capabilities, from R&D to manufacturing and field service support. This enabled us to grow globally with our customers and become a full-fledged product engineering firm,” he noted.

“We also expanded our R&D repertoire beyond mechanical engineering to include electrical, electronics and software. Where the gaps were significant, we made acquisitions.”

At the end of the day, anything worth achieving is worth fighting for, he added. "Life is full of hard knocks, and you need to be able to roll with the punches.”

The Group has five manufacturing plants located in Singapore, Penang in Malaysia, Suzhou in China, Finland and France. R&D work is carried out in the city-state, France and Finland. Through a network of sales, distribution and field services offices, its footprint spans three continents.

For full-year 2020, AEM has raised its revenue guidance to S$430 million to S$445 million from S$360 million to S$380 million, which would mean another record performance for the Group.

"AEM is definitely on the right track – we've created a R&D and innovation-driven company that's also customer-centric," Loke noted. "We're not into R&D for R&D's sake, but focused on applications development, which means we offer a very large toolbox to our clients, customising a wide range of solutions for their needs.”

Some of the world’s largest global semiconductor manufacturers number among AEM's customers. Although no names have been officially disclosed by the company, analysts have pegged US chip giant Intel Corporation as a key client, accounting for more than 90% of its revenue.

"If we can deliver complex chip solutions for the big boys, it almost instantly qualifies us for other customers," he added. "If you can climb Mount Everest, you won’t have a problem scaling Bukit Timah Hill."

While AEM acknowledges the risks of deriving the bulk of its sales from one key customer, it has also highlighted that this supplier-client relationship is into its 19th year.

At the same time, over the last three years, AEM has acquired four companies to expand its technical capabilities, products as well as solutions that it can offer both existing and potential clients.

In March 2020, the Group completed the acquisition of France’s Mu-TEST. During the first three months of 2018, it purchased Singapore-based InspiRain Technologies, Finland’s Afore Oy, and Singapore’s IRIS Solution.

The Group’s strong balance sheet, with zero borrowings, provides financial flexibility to pursue these goals. As at 31 December 2019, AEM’s cash and cash equivalents stood at S$107.7 million, up 82.8% YoY.

Meanwhile, AEM's rapid climb up the technological ladder can largely be attributed to the Group’s internal culture. "What we have is a can-do attitude, and an openness to fresh ideas,” said Loke.

“We’re always asking, 'Can we learn something better from someone else?'. That’s why M&As work so well – there's tacit understanding that we don’t have a monopoly on innovation."

Another factor is teamwork. "Everyone knows they are not a lone wolf – we’re able to scale Everest precisely because we work as one team."

Unsurprisingly, Loke finds his greatest inspiration in brainstorming with his staff, and attempting to achieve that impossible dream – together. "My greatest reward comes from mentoring and motivating my team, spurring them to adopt a glass half-full – rather than half-empty – approach in the midst of our challenges."

AEM's future will be driven by exponential growth in integrated circuits, as demand moves from consumer applications, such as laptops and smartphones, into infrastructure and automobiles.

"With stronger demand for chips, which will increase in complexity as ICs get more intelligent, testing needs will correspondingly escalate," Loke noted.

One development that bodes well is the evolution of 5G technology. "5G is the game-changer," he added.

"It's more than just increased speeds – it's also about reduction in latency. That would facilitate activities such as remote surgery and autonomous driving, which require data processing rather than mere data throughput. And to process data at the device level, you need to have processing power at the edge, which means more complex circuits going into each chip."

AEM possesses a deep management bench, which means Loke doesn't lose any sleep over day-to-day operations. However, global competition keeps him awake, as does the light speed at which technology evolves.

The impact of COVID-19 is also a spectre that looms large. "COVID is a double-edged sword. On one hand, it has accelerated digitalisation and automation, all of which are driving demand for silicon, as well as investments in additional infrastructure and computing power,” he noted.

“On the other hand, with workforce minimisation and shrinking economic growth, consumption in the short to medium term may moderate – these are twin counterbalancing forces."

And when the 52-year-old isn't strategising for the Group, he's organising three-generational family get-togethers – with his parents who are in their 80s, as well as two daughters and son, aged 20 to 25.

"Pre-COVID, all of us would eat together often. This ensures my kids bond with their grandparents, and realise the value of the extended family. I’m grateful for what my parents taught me, and I want them to share those values."

Hard work, determination and perseverance are some of the principles Loke gleaned from his parents. "Life has its fair share of challenges. Each time you fall, you must be able to get up and get back on track. One should never underestimate the importance of a resilient spirit."

We have 2674 guests and one member online