Where we differ: We are more bullish on AEM’s earnings in FY2020F/21F and believe an uptick in equipment billings should drive a re-rating in its forward PE. 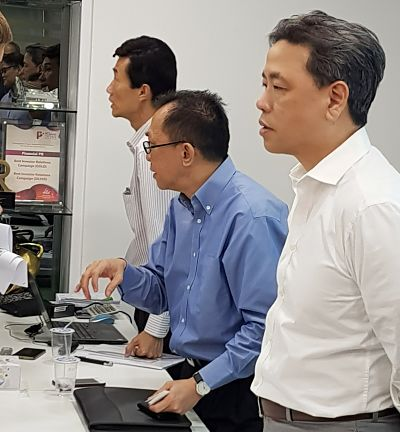 We are expecting a further re-rating of its forward PE upwards on the back of a recovery in the semiconductor cycle.

Order book and sales guidance. Management provides guidance on its revenue which is estimated from its order book. In FY2018, AEM raised its sales guidance four times, which resulted in its share price increasing by an average of 4.0% on each of the days of the announcement.

Key Risks:
Single-customer concentration risk. Around 90% of AEM’s revenue is derived from Intel. Of which, c.50% of its revenue is from the sale of its equipment, which is lumpy in nature and dependent on Intel’s need to replace existing machines or increase its production capacity.

We have 405 guests and no members online