The group has seen an accelerated pace of order wins with a total of S$51.3m in order wins announced this quarter, and has matched its order wins secured in 4QFY18. Factoring in this round of order wins will bring its orderbook to an estimated range of S$120m-140m, a high compared with the range of S$80m-90m seen during FY17-18.

• Adding another avenue of public sector works. Of the contract wins, the group added the largest proportion from Addition and Alteration (A&A) projects, in which four projects totalling S$18.2m were won.

ISOTeam also added another avenue of public sector contract work from the transportation sector, through the supply, installation, construction, completion and maintenance of architectural works to Lentor MRT Station.

This is in addition to two R&R contract wins from Rivervale Crescent and Pasir Ris announced in Jul 19. The Jul 19 contract wins totalled up to 63 blocks with a project value of S$13.0m. 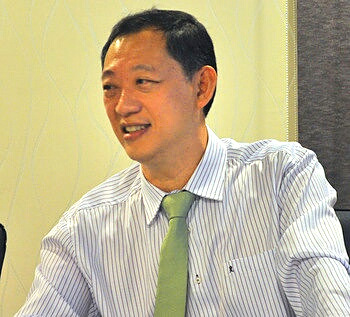 CEO Anthony Koh. NextInsight file photoESSENTIALS
• Election proxy with increased tender projects. With the formation of the Electoral Boundaries Review Committee, a strong sign of an upcoming election, we think that ISOTeam is a good proxy to such an event.

ISOTeam has won a good number of R&R projects in the recent period, suggesting resilience in its market share of tender wins.

In addition, the pipeline of tenders available for bidding has seen strong growth, with the number of R&R projects up to 13 for this quarter in addition to an increased number of HDB blocks open for R&R works.

While its orderbook strength has largely been underappreciated, we think that this will improve as the group continues its integration at its new headquarters and attains better cost savings.

Overall net profit margin has gradually increased to 8.9% in the last quarter, compared with 3QFY19’s 5.6%.

We have 1211 guests and no members online