• Positive macro data for the F&B industry, especially food courts. The latest F&B service index (FBSI) data from Singstats indicates that ‘’other eating places’’, which excludes restaurants, fast food outlets and caterers, is showing a healthy growth trend since 4Q18 (c.3-4%yoy) compared with 0% growth in the first three quarters of 2018.

On the other hand, the restaurant industry’s growth is declining. This could indicate that consumers are switching to lower-value dining options amid a weaker economic backdrop. 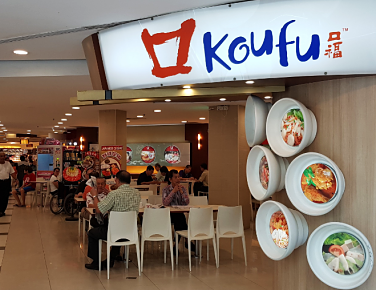 On the other hand, Koufu has opened four new food courts in Singapore (three) and Macau (one) so far. We understand that the majority of the new food courts are performing well and have reached EBITDA breakeven level. 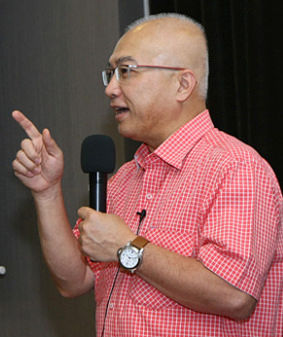 Pang Lim, executive chairman of Koufu. Photo: SFCCAOperationally, the R&B Tea business is gaining good traction from a faster breakeven period while the recent tie-up with food delivery companies has continued to help the business to grow.

• Growing cash hoard and its position as most-profitable listed F&B company not fully appreciated yet. Despite ytd share price increase of 17.1% due to increased analyst coverage and  subsequent increased market awareness of the company, as well as an improved financial track record, we believe the market has yet to fully realise Koufu’s strong cash flow generation ability which has helped it build a significant cash hoard of S$98.7m as of 1Q19, equivalent to 25% of its market cap.

In addition, the market has also not fully appreciated Koufu as the most-profitable listed F&B company.

We have 821 guests and one member online