IPS SECUREX: Is It About to Turn Around?

But is the worst over for IPS?

Noting the recent share purchases by the majority shareholders, I’ve started to turn positive on IPS and have begun to accumulate the shares, for the company appears to be showing early signs of turning around. 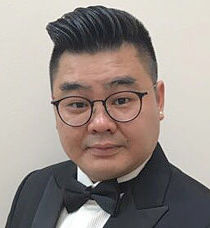 The order book, it can be inferred, includes two large contracts announced by the company in 2015: The supply of US$54.75 million worth of PepperBall products and US$64.46 million worth of Hyperspike acoustic hailing devices.

These huge contracts have yet to translate into revenue for reasons which are not entirely clear.

It is believed that the Hyperspike project is still in progress while the PepperBall project potentially could restart after a halt due to the client’s situation.

If IPS executes the huge order book steadily over the next few years, its revenue and profit will jump.

Gross margin stayed above 40%, which is higher than industry peers'. That adds weight to the argument that there is strong underlying demand for its unique homeland security products and solutions.

5.            Under the replacement cycle for IPS’s Cargo Scanning System, Leidos, countries which bought it 8-10 years ago are expected to look to replace it. If successful in its tenders, IPS could see a significant contribution from this product during the next few years.

Those products are widely deployed in the USA, and such technologies have only just gained permission for distribution in the Asia Pacific region during the last 2-3 years.

To my knowledge, IPS has been actively promoting the products and working closely with government agencies in the region to test them and evaluate them for adoption.

A few thousand units have been installed over the last few years and the pace will accelerate as we have an aging population. This business may also one day enable IPS to expand into data analytics for government and commercial use as IPS collects data on usage by the elderly.

During 1QFY2018, revenue of the maintenance and leasing segment grew 15% to $1.5m.  Further, in June 2017, it received a $10.4 million contract from an agency for maintenance work. I expect this maintenance segment to grow even more.

We have 1044 guests and one member online