This article by Jennifer Tan (left, Director, Research & Products,  Equities & Fixed Income, at the Singapore Exchange) was published in SGX's kopi-C: the Company brew series on 17 November 2017. The article is republished with permission.

Since then, Serial's comeback has been nothing short of remarkable. Over the past 16 years, the Group has chalked up a compounded annual growth rate (CAGR) of 26%, with revenues breaching the US$1 billion mark in 2013.

Three years ago, Serial entered a new growth chapter by diversifying into the distribution of consumer products. Its current portfolio comprises household appliances and lifestyle goods, ranging from camera accessories and timepieces to hard disk drives. 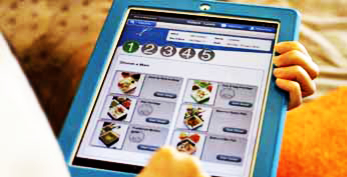 With a market capitalisation of over S$150 million, Serial shares have generated a price gain of 18.9% in the 2017 year-to-date, compared with gains of 16.9% and 16.6% respectively for the benchmark Straits Times Index and broader FTSE ST All-Share Index.

"To get to where we are today, we adopted a three-pronged strategy," said Goh, who bagged the "Ernst & Young Entrepreneur Of The Year 2011 Singapore" award for the Electronic Components Distribution Category, as well as the "Top Outstanding Leaders in Asia" title at the 2015 Asia Corporate Excellence & Sustainability (ACES) Awards.

"We expanded geographically, and upgraded our operations through automation. We also widened our range of suppliers, taking on second- and third-tier ones. With more suppliers, we broadened our product range and added new clients."

The road ahead, however, remained bumpy. In March 2016, Serial was placed on the SGX Watch-List for failing to meet the minimum trading price of S$0.20 required for companies on the Mainboard.

Undeterred, Goh doubled down on efforts to boost performance, and before the close of 2016, Serial exited the SGX Watch List. In the strongest sign yet that the Group remains a key partner of leading semiconductor suppliers and electronics manufacturers, its full-year revenue hit an all-time high of US$1.4 billion, representing a 15% year-on-year increase.

Serial has ventured into hospitality and healthcare solutions, which includes its flagship electronic Meal Ordering System for local hospitals, as well as the assembly and distribution of medical devices. It holds a 27.3% stake in SPL Holdings Australia Pty Ltd, which provides laundry services to hotels, hospitals and restaurants in key Australian cities.

In September, the Group announced its subsidiary was taking a 27.5% stake in a company that manufactures, processes, trades and exports durian puree and durian-related products.

"While my semiconductor business has very low profit margins, the durian business is profitable, and China is a large potential market. As an entrepreneur, I'm always looking for good ROI," added Goh, whose familiarity with the food industry dates back to his teenage years, when he helped out in his father's hawker stall.

At the end of the day, growth is a cash-hungry endeavor, Goh admitted.

"When it comes to expanding the business, it's all about cash. If you have cash, you're prepared. When opportunities arise, but you have no money, that's when you're a sitting duck."

That's why being financially robust is key. "When a recession hits, banks tend to cut credit lines, so you need to have sufficient funds on standby."

Valuable opportunities also emerge during a downturn. "You can inject fresh blood into your management team by hiring - at a much lower cost - the senior talent retrenched by your peers. You can use the downtime to review your operations and perform essential housekeeping tasks, such as weeding out potentially delinquent customers or retraining your staff."

To bolster its financial strength, the Group is developing its ability to raise funds in different markets.

"That's why we have listed entities in different locations. We'll have a Hong Kong listing next year, and perhaps two years later, we can list our factoring business in Thailand, and in another three years, our laundry business in Australia. That helps spread the risk," he added.

In June, the Group announced plans to spin off its Hong Kong electronics components unit - Serial Microelectronics (HK) - through an initial public offering on Hong Kong Exchange's Main Board. The move enables it to independently raise funds for growth in the burgeoning China market.

Established in 1988 and listed on the SGX Mainboard since July 2000, Serial System has developed a synergistic global network that is built on strong partnerships with its suppliers and customers. Today, Serial System has one of the largest distribution networks in Asia, with 53 offices and 13 warehouses throughout Asia Pacific. It also has a wide customer base of more than 7,000, spanning a diverse range of industries such as consumer electronics, household appliances, industrial, telecommunications, electronic manufacturing services, automotive and medical.

For its 3rd quarter results for the period ended 30 September 2017, click here.

We have 1465 guests and one member online