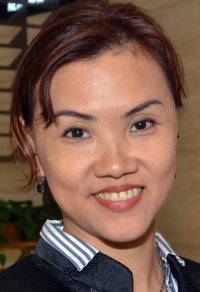 This article, written by Jennifer Tan (left, Director, Research & Products,  Equities & Fixed Income, at the Singapore Exchange), originally was published in SGX's kopi-C: the Company brew series in May 2016. The article is republished with permission.

Certainly, there was no shortage of hiccups and hurdles.

“We experienced a myriad of ups and downs – more downs than ups. Things we did not think would go wrong went wrong, and things we initially thought weren’t so bad became worse. But we pressed on.”

Life was tough and funds were scarce. “We had to do everything ourselves,” he said.

In the early days, Lim stayed in a rented hostel more than two hours drive from the mine, together with the geologists. They drove to the site every morning at the crack of dawn in a rickety, old vehicle, using logging tracks to navigate through the jungle.

“There was nothing but trees and rocks all around us, and I remember seeing tiger paw prints along the way,” he said.

CNMC has come a long way since.

Today, the Sokor Gold Field is the Group’s flagship project, covering an area of 10 square kilometres with four identified gold deposits – Manson’s Lode, New Discovery, Sungei Ketubong and Rixen. The Group achieved its first gold pour on 21 July, 2010, and its output has been rising steadily, exceeding one metric tonne of bullion as of July 2014.

There are now staff hostels, a canteen, and even Internet access.

“And that’s the miracle of mining – creating something out of nothing, in the middle of nowhere,” Lim said. 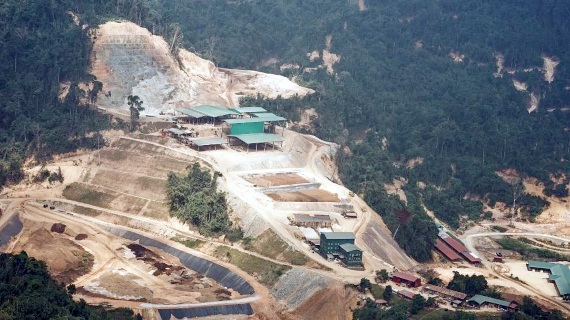 CNMC has 3 leaching yards with an estimated leaching capacity of one million tonnes of ore per annum.
The Sokor project is an open-pit, heap leach mining operation.

A combination of haul trucks and excavators are used, and in the leaching circuit, gold is extracted from a cyanide solution, before being deposited onto activated carbon, from which the metal is then chemically stripped.

The gold is melted into dore bars – which contain between 85% to 92% pure gold – before being shipped to a refinery where they are further processed.

As of 31 December 2015, the project had JORC-compliant gold resources (including ore reserves) of 13.81 million tonnes at a grade of 1.39g/t in the Measured, Indicated and Inferred categories for a total of 618,000 oz of gold.

Nonetheless, resource depletion is one spectre that looms large. “There will come a time when the resource will be drawn down, so that’s why we need to go out and actively look for new concessions around the region,” Lim noted.

CNMC will focus on mining assets located in Malaysia and other parts of Asia.

“That’s because our crew is in Malaysia, we’re familiar with the country’s regulations, and can kick-start a new project fairly quickly when the time comes,” he added.

It’s unrealistic for CNMC to venture beyond the Australasian region because of size. And while other mining projects in Malaysia may offer good potential, the Group continues to be cautious and selective.

“We do not want to take on anything that we have no confidence of turning into a producing asset,” he said. Meanwhile, CNMC is exploring the feasibility of diversifying its earnings, building a second revenue stream as a buffer. 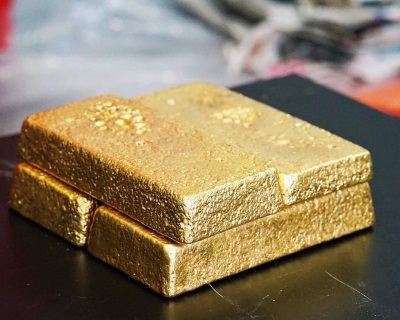 One non-mining but related business that could potentially be a good fit is plantations.

“Plantations require big plots of land, which we already have, and the equipment used in plantations is similar to what is on site – tractors, bulldozers and excavators,” Lim said. “But nothing is on the table at this point in time.”

What is certain, however, is the unpredictability of commodity prices, he noted.

“We were inspired by the collapse of oil prices 18 months ago to look for a safety net. That really underscored the fact that commodity prices are beyond anyone’s control,” he said.

“We are already one of the lowest cost gold producers in the world. But what happens in an unlikely situation where gold prices fall below US$500 an ounce? We don’t want to be in the same position as the oil & gas companies.”

CNMC is the first Catalist-listed gold producer on SGX. The Company started trading on Catalist board on 28 October, 2011. Together with its subsidiaries, CNMC is principally engaged in the business of exploration, mining of gold and the processing of mined ore into gold dores. The Company is currently focused on the development of its flagship project – the Sokor Gold Field Project, located in the State of Kelantan, Malaysia.

We have 723 guests and no members online