Stuttgart Blackforest Boutique S-Cafe is a German restaurant with an art gallery at Bras Brasah Road. Above: Its signature pork knuckles | S$19.80/++. 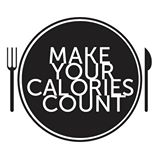 As we step into the month of October, the Germans (and probably any other beer-lovers) always rejoice as it is the Oktoberfest season! While most would associate beer to Germans, they are also known for their pork knuckle, belly and on the sweet calories, blackforest cake!

Some titbit for those interested about blackforest cakes - it was named not after the Black Forest (Schwarzwald) mountain range in Southwestern Germany but rather from the specialty liquor (Schwarzwalder Kirsch) in that region and distilled from tart cherries. Cherries, cream and Kirschwasser were first combined in a dessert and originated in Germany - that gives the birth of our blackforest cake today! Having moved to its new location at Rendezvous Gallery from Middle Road, the interior decoration is dedicated to bringing the German ambience and experience to Singaporeans. Spotting a cosy setting, can the food justify the calories? Palmbraeu Export | S$16/++It is probably the rudest thing not to order some alcohol during a German meal so there we go some beer to kickstart the evening! Do note that at the time of dining, the restaurant was in the midst of having draught beer at the restaurant but these bottled gems did the trick as well! Allowing a choice of up to three types of starters, this would be a good platter for sharing among two to three people. We went for the sausages, pork belly and meatballs with each impressing our palates. The lovely crackle on that pork belly made it an amicable affair and we could not ask more from that golden brown crispy skin. The beef and pork meatballs were also drenched in a house-made salsa that tasted rich and robust with bold flavours. A familiar dish on any German restaurant's menu, the golden brown breaded pork fillet sat on a bed of grated mashed potato. The mashed potato spotted granelar bits that added coarseness to the other velvety side. While the thin pork fillet was beautifully deep-fried, allowing the coat of breadcrumbs to shine, the meat on the inside was slightly dry for my liking. Available in single portion (as shown in picture) or whole (S$55/++) which would suit a group of up to four pax, it was definitely enough to keep everyone at the table full. Given that it was just a single portion, do not expect too much of that desired crispy skin as it was hardly enough to share around. The succulent flesh underneath however was sufficient to compensate. The sauerkraut on the side however failed to impress with the strong alkaline level that somewhat upset the balance in flavours. The traditional bread pudding was served with almonds, raisins and apple wedges within layers of sweet white bread before being topped with a scoop of vanilla ice cream. We enjoyed the richness in the bread pudding and the nice crust on the side. For those looking for a mild dessert that would not overwhelm in sweetness, this would fit the bill. Blackforest cake slice | S$12/++ | Verdict 8.0/10.0The signature dessert at the restaurant, we enjoyed every bit of this sinful indulgence. With a rich chocolate sponge and Kirsch soaked cherries, we fell in love with the cookie-base that added a lovely dimension to the cake with its crunch. While we loved every aspect of the cake and is probably one of the best we had in Singapore, S$12 seems like a relatively steep price tag for a slice. Basking in a nice German culture and atmosphere, we thought that there are other German restaurants which offer comparable calories to Stuttgart Blackforest such as Brotzeit and Paulaner. Prices are also relatively steep, particularly their signature blackforest cake which was the star of the evening. Compare this to the value-for-money starter platter, it seemed hard to justify the price point.

Our experience was also slightly tarnished by the extremely strong blasting air-con and there was hardly anything the restaurant could do given that it has a central-control. Would be worthy to have a jacket along if you are intending to visit! We have 762 guests and no members online