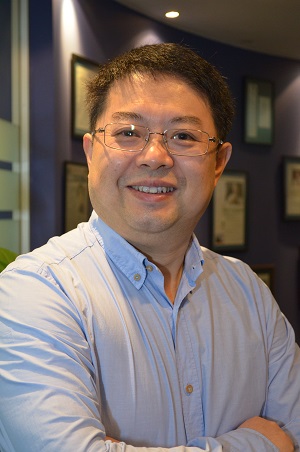 Executive Chairman, Jiang Yun, is Pharmesis' founder. Photo by Sim KihPlagued by price controls on prescription medicine in China, as well as the local culture in PRC hospitals where administrators and physicians receive kick-backs for drug adoption and prescription, the Group has been struggling to break even over the past few years.

Founder returns to helm the board
Things are improving, with the re-appointment of Mr Jiang Yun as the Group's Executive Chairman on 15 January 2015. Mr Jiang, who founded the Group's operating subsidiary for manufacturing western drugs, Chengdu Kinna Pharmaceutical Co Ltd, is an influential figure in China's pharmaceutical industry.

He is a committee member of the PRC Pharmacopoeia Commission, which compiles an encyclopedia recognized by the World Health Organization as the official PRC compendium of traditional Chinese medicine (TCM) and western drugs. He also spearheaded the construction of China's PRC’s first traditional Chinese medicinal herbs Good Manufacturing Practice (GMP)-certified plant.

The strategy has borne fruit: In 3QFY2015, its selling and distribution costs declined by 25.3% year-on-year vs 1QFY2014. By relying on distributors, Mr Jiang is looking at a net segment margin expansion of some 5 to 10 percentage points to about 20% for prescription drugs. The new sales model also improved the Group's accounts receivables turnover cycle from 156 days in FY2014 to 128 days in 9MFY2015, as the distributors pay upfront. 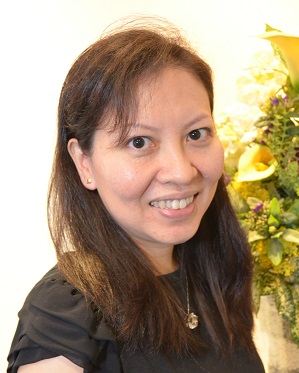 "We improved our net cash from operations to Rmb 8.1 million in 3QFY2015 from Rmb 0.5 million a year ago," said Financial Controller Shelliane Tee. Photo by Sim Kih
Improved product mix
The Group is also improving its product mix. Prescription drugs, which cannot be dispensed to the consumer without a physician's letter of prescription, had traditionally contributed the lion's share to Group sales.  Now, the Group is focusing on expanding its sales of over-the-counter (OTC) drugs, which are permitted to be sold at pharmacies without a physician's letter of prescription.

A landmark PRC ruling in that took effect from 1 June also helped. Price ceilings were lifted from most drugs, aside from anesthetics and grade-one psychiatric medications.

"The price of Er Ding Granules has improved after the price ceiling was lifted," said Mr Jiang. Er Ding Granules (二丁颗粒), used to treat throat soreness and inflammation, is one of the Group's main OTC products. Mr Jiang expects the Group's average selling prices to benefit from the free market mechanism, as its products are of better quality than the competition.

Strong product pipeline
"We plan to launch at least two new products each year with effect from next year," said Mr Jiang. The Group currently holds licenses from the State Food and Drug Administration to manufacture over 40 types of drugs. So far, it is mainly producing six types of drugs. It is looking at expanding its capacity for the production of granules.


The Group currently has about 890 distributors in China. Six regions currently contribute 80% of the Group's turnover: Sichuan, Shanghai, Shenzhen, Jiangsu, Zhejiang and Guangdong. It intends to extend its market depth by increasing the number of distributors in regions where it has an existing market and reach other regions by acquiring more distributors.

"We expect a significant improvement in the Group's financial performance over the next 3 to 5 to years," he added.

We have 983 guests and one member online