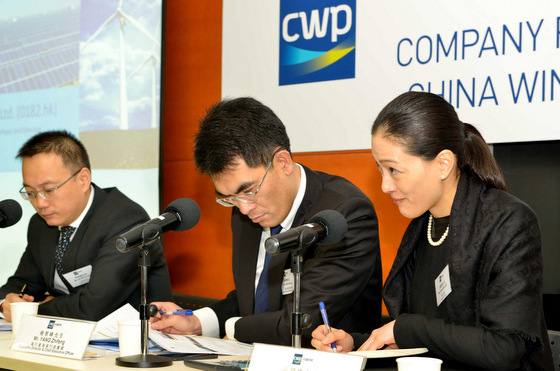 
CHINA WINDPOWER Group Ltd (HK: 182) saw its 2013 bottom line soar around 270% to 151 million hkd, thanks largely to improved operating results and 138 million hkd of "other gains" arising from the disposal, and partial disposal, of joint ventures.

Electricity output generated by its wind power plants and solar power plants was 1,009.62 million kWh and 136.64 million kWh, respectively. In aggregate, this output, which was attributable to CWP, was 14.8% higher year-on-year.


As at the end of 2013, the Group had 35 grid-connected wind and solar power plants, with a total capacity of 1,526MW and attributable capacity of 702MW.

China’s exacerbating problem with air pollution, most notably in major cities like Beijing and Shanghai which are the political and de-facto financial capitals of the nation, have prompted government officials to put unprecedented efforts into cleaning up air quality.

And this is increasingly leading to enviable government policy support for China WindPower and its green peers. 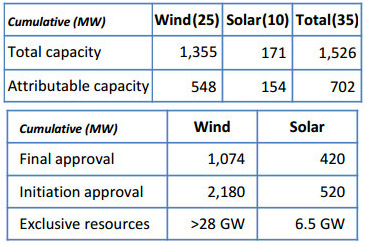 In 2013, CWP continued to develop projects located in central and southern regions with favorable construction conditions and good grid connection.

The aggregate subscription price amounted to 378.4 million hkd and Huadian Fuxin now owns 9.84% of the issued share capital of CWP.

At least 850MW of wind power project cooperation is expected to develop, with CWP to conduct EPC activities and maintenance while Huadian Fuxin will arrange project financing.

“This is a perfect cooperation between CWP and Huadian Fuxin which leverages both parties’ advantages.

“CWP will be able to further develop its advantages in resources development, EPC and maintenance as well as seeing the obtained cash inflows help further accelerate the development of high-quality PV power generation projects,” said CWP’s Mr. Yang at the time of the announcement.


For more information, view the company's financial statement at the HKEx website.

We have 2073 guests and no members online