For those who want to make a quick buck overnight, this story of how he pulled it off might not necessarily be for you.

Lao Chen is in his fifties and says the secret to his nice little current nest egg is a healthy mixture of both patience and optimism when investing in China’s A-share markets.

Patience is key as it took him 16 years to increase his original investment capital of 5,000 yuan in 1993 – only three years after the bourse’s official reestablishment – into the half a million in 2009.

Lao Chen’s day job is repairing and refurbishing ship hulls and other marine apparatus, so in a sense he has a view and appreciation of structures under the surface not afforded to landlubbers.

Despite his seemingly patient optimism, he also said it’s important that investors never forget that every day they have money in the market, they are engaged in an ongoing war, and only the vigilant and well-prepared will end up on top of the daily battles.

“The stock market is like a battlefield, and even if you are laden with heavy full-body armor, you are not guaranteed to emerge alive let alone uninjured.

“And of course, fettered down with armor you may be better protected than those without but you are less fleet of foot and agile into the bargain as well as being a heck of a lot more tired,” Lao Chen said. 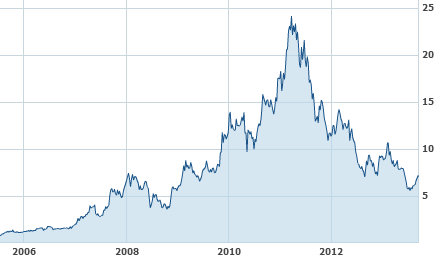 He said the key to ultimate victory was perseverance and a long-term strategy.

“If you keep the overall plan on track and hone your tactical skills to meet daily challenges, you can reach the level of invincibility – but only if you have the right amount of patience and optimism to endure occasional losses along the way.”

Over 16 years, Lao Chen never had a year when his portfolio was smaller on December 31 than it was 12 months earlier, and that after all was said and done, his original capital had increased by a factor of 100.

He hasn’t cashed in all his chips, of course, being still a relatively young man in his fifties and he still managed to finish in the black in last year’s topsy-turvy market.

As for some of his picks, over 5% of his portfolio has been consumed by Shanghai Aerospace Automobile Electromechanical Co (SHA: 600151) 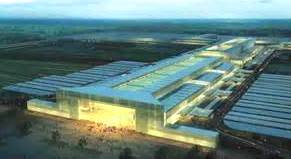 With an IPO price of 5.8 yuan back in 1998 and selling for around 8.5 yuan now, this pick of Lao Chen’s has ridden both China’s car boom, oil bonanza and solar subsidy heyday for a steady growth path.

In 2007 and early 2008 when the benchmark Shanghai Composite Index was reaching for the stars, Lao Chen said he tried his best not to get caught up in the hype and continued to closely scrutinize each counter for individual merits rather than just running blindly with a “hot” sector.

His strategy paid off as he was in the small minority of shareholders who managed to endure the 2008 crash with their shirts still on their backs.

Another cash cow for Lao Chen over the years has been Xinjiang Tianshan Cement Co Ltd (SZA: 000877), which has shot up in value since he added it to his portfolio in 2005.

China’s building craze at the time, especially with roads and structures leading up to the 2008 Beijing Summer Olympics, was a big help for the cement play.

We have 841 guests and one member online