XTEP To Survive Consolidation; BOSIDENG Sees 'Down' Side

“We turned bullish on the sportswear sector in September 2012. However, we do not expect all domestic players to survive the consolidation process.

“We believe Xtep, along with Li Ning and Anta Sports, have the best chance of emerging from the process,” UBS said.

The Swiss research house said that since September, inventory quality has improved and inventory levels have come down gradually.

Xtep recently 3.47 hkd“We believe the sector is approaching the last phase of the recovery process and anticipate the sector will resume growth in 2014.”

UBS’s most recent checks suggest Xtep saw improvement on the operations front, while some other players are under pressure from mounting aging inventories in the channel.

“We believe a macro-economic slowdown is the biggest risk for the footwear and sportswear sectors. Household consumption is likely to contract if consumers expect income growth to slow.” 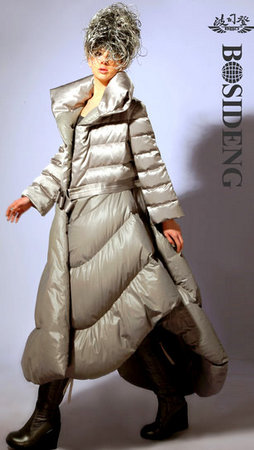 Bocom International said it is downgrading its call on down jacket play Bosideng (HK: 3998) to “Neutral” from “Buy.”

Bosideng is recently trading at 2.04 hkd.

Bocom’s new target price on Bosideng is based on 11X FY14E P/E, continuing to be on par with its historical average.

“The market price of duck down has surged in the past two months because of a supply shortage due to the bird flu.

However, this will be partly offset by upward adjustments of order prices and purchase price discounts offered by duck down suppliers on Bosideng’s long-term supplier relationships and bargaining power,” the research house added.

We have 251 guests and no members online