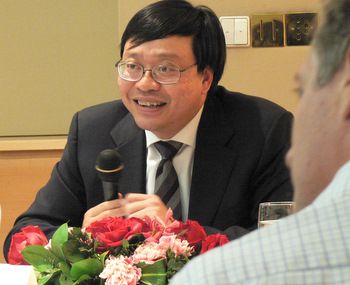 “This implies that Techcomp has to continue to provide some price incentives to PRC clients. We therefore take a more cautious view and valuation on Techcomp,” CPY said.

However, the continued depreciation of the Japanese currency is benefiting margins.

The Japanese Yen has depreciated 8.2% versus the US dollar year to date.

“As the Japanese products account for the majority of its distribution business, together with less aggressive pricing strategy, we expect the gross profit margin to rebound by 2.3 pts to 29.7% in FY13F.”

“Due to tense Sino-Japan relations in 4Q12, the company took a more aggressive price promotion strategy. 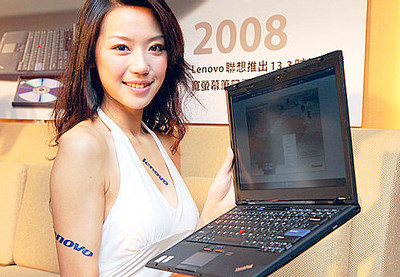 Lenovo is now the world's top PC player  Photo: Company“The Group was added into the HSI again, indicating the high-recognition from the market,” Kingston said.

For the quarter ended December 2012, the Group achieved y-o-y sales growth of 8% to 1.41 million units, and its worldwide PC market share reached a record high of 15.9%.

Sales for Mobile Internet and Digital Home (MIDH) surged 83%, pushing the revenue generated from China up 17% y-o-y, accounting for 43% of total revenue.

“The use of Smartphones is spreading rapidly in China, where the Group’s market share is getting closer to Samsung,” the research house added.

The Group plans to launch Smartphones in India through cooperating with partner Reliance.

We have 1573 guests and no members online