YUUZOO buys over IAHGames, on track for listing by 4Q13 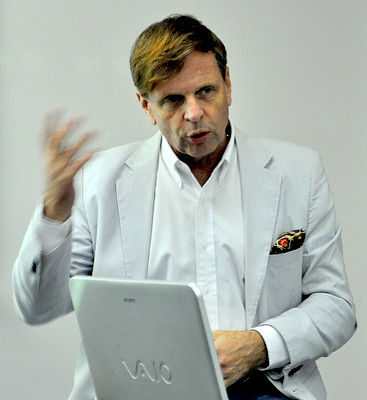 
Along the way, the CEOs of the two companies got to know each other, and recognised that their businesses had synergies with each other.

They decided on a corporate marriage.

Last week, it was announced that YuuZoo would acquire 100% of IAHGames in a one-third stock and two-thirds cash deal.

The amount cannot be revealed as yet for reasons related to YuuZoo's impending listing on the mainboard of the Singapore Exchange.

The YuuZoo-IAH transaction is conditional on YuuZoo achieving the listing.

YuuZoo is to be listed via a S$582-million reverse takeover of Contel Corporation. (See 15 April announcement).

In response to a question at a media briefing on Wednesday (May 8), Thomas Zilliacus, founder and Chairman of YuuZoo, said the listing is expected to take place in late 3Q or early 4Q this year.

He owns about half of YuuZoo (www.yuuzoo.com), which he co-founded and grew into a global social media and e-commerce company with 40 million registered users in 164 countries.

The unaudited figures for 2012 are US$7 m and slightly less than US$30 million, respectively. 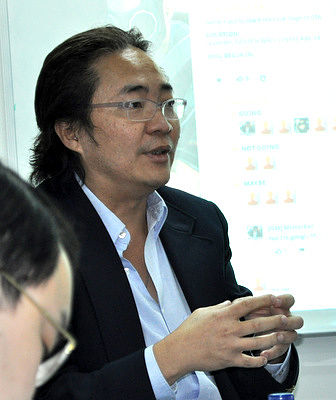 Roland Ong is CEO of IAHGames which has attracted 35 million gamers in 5 years. He owned almost half of the company prior to it being acquired by YuuZoo.
Photo by Leong Chan TeikKey Synergies

(By having such a network, IAH is unlike companies that create social networks for their users on Facebook, for example, which does not have features targeted at interest groups.)


IAHGames is the first gaming company with a fully integrated social and community networking capability, thus enhancing its users' gaming experience.
Best of all, IAH can benefit from the advertising and e-commerce potential within its own network.

The marriage of IAH and YuuZoo will bring synergies for both.

In turn, IAH could attract new gamers from the YuuZoo networks.

Thomas also highlighted that Roland had a successful career in China prior to IAH, and was instrumental in bringing World of Warcraft to China. Roladn will become a board member of YuuZoo and help YuuZoo penetrate the Chinese market.

"He brings with him tremendous know-how, experience and contacts not only in the online space in general but specifically in markets which are of great importance to our future growth including China”, said Thomas.

We have 366 guests and no members online