YUUZOO: 6 things about its investment in Hollywood studio Relativity

Singapore-listed YuuZoo Corporation has signed an agreement to invest a minimum of US$50 million and up to US$150 million in Relativity Media, one of the world’s largest independent movie studios and entertainment groups. The deal is subject to approval by the Singapore Exchange and YuuZoo's shareholders at an EGM.

Briefing on the acquisition for analysts and fund managers. Photo by Sim Kih 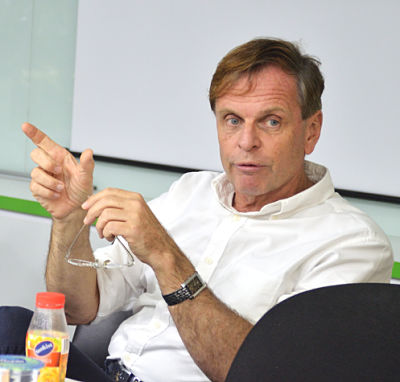 Thomas Zilliacus, executive chairman of YuuZoo.
Photo by Sim Kih1. In the beginning: Some two weeks ago, while in Paris, YuuZoo's executive chairman, Thomas Zilliacus, received a call from a partner of Global Emerging Markets (GEM) fund. This is a YuuZoo investor based in New York with US$3.4 billion in assets under management. There's an exciting deal -- Relativity Media was up for sale -- and would YuuZoo be interested?  A phone call was arranged between Mr Zilliacus and Ryan Kavanaugh, the founder and CEO of Relativity.

2. Who Relativity is: It has been ranked as the 3rd largest independent movie studio in the world. Its biggest division, Relativity Studios, has produced, distributed or structured financing for more than 200 motion pictures, generating more than US$17 billion in worldwide box-office revenue and earning 60 Oscar nominations.

In 2015, it was planning for an IPO with a market valuation of US$10 billion. But In July 2015, Relativity filed for bankruptcy protection in New York, owing to its liabilities reaching US$1.18 billion against assets with a book value of US$560 million. Relativity emerged from bankruptcy in March 2016 with its debt pared down substantially (see Wall St Journal report).

3. Relativity 2.0 and its success blueprint: The business model limits its downside in movie production and, in fact, is predicted to turn 85% of its films into profitable ventures while other major studios lose money on most of their movies. Responding to a Singapore analyst's question, Mr Kavanaugh outlined it via a teleconference on Monday.

First, Relativity limits its budget for producing movies and marketing; second, it engages distributors in 117 countries for its movies and for marketing; and third, it relies on revenue through profitable channels which are electronic based, such as video on demand and pay-per-view (instead of the theatres). "Those represent about 80% of the revenue. We are not focused on the box office only. It represents only 20% of the revenue stream."

4. The deal:  YuuZoo will pay US$50 million for a 33.3% stake in Relativity and will be issued class-A preferred shares. The shares will be senior to all other existing units of equity of Relativity -- this is a most attractive term (see bottom of story for details). Of the US$50 million, YuuZoo has the right to pay US$22.5 million using any combination of cash or ordinary shares of YuuZoo. 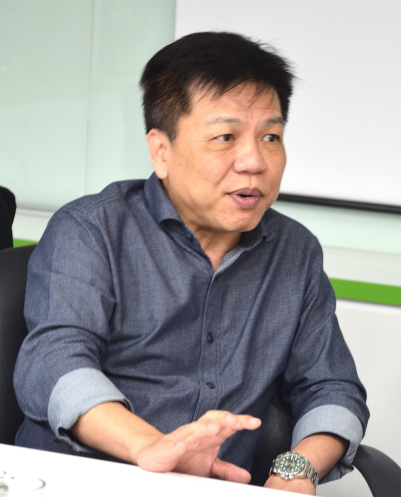 Added Mr Zilliacus: "I don't think the IPO value has disappeared. If anything, Relativity has a healthier balance sheet, and there's no reason why we can't revisit the IPO option."

5. Why YuuZoo?  Responding to that question, Mr Kavanaugh said there were other interested investors. (They included tech giant Lenovo Group).

"It wasn't about who will write the biggest cheque, or come in with the biggest name. It's about who's going in the right direction. This is not a deal for us to cash out but to build something significant. With YuuZoo's payment platform and delivery mechanism, the fact that it's proprietary, and the markets they are operating in and their partners such as Alibaba, this is much more significant and potentially larger on a long-term basis."

In addition, Relativity -- whose equity stake could be paid by YuuZoo partially through new YuuZoo shares -- considered that YuuZoo's share price to be significantly undervalued.

6. What YuuZoo will do: Essentially, it will be the online pipe through with Relativity's content can be distributed -- globally and on the mobile phone principally. YuuZoo has a patented distribution platform which delivers content and merchandise through franchisees and partners now covering 69 countries with more than 4.3 billion consumers.

YuuZoo will shortly launch YuuPay - its online payment solution - which Relativity will use for all its services across its businesses.

We have 1701 guests and no members online