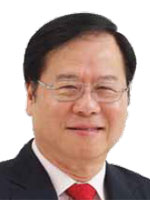 We believe our higher valuation can be justified by breakthrough volumes and improving margins. Valuations are reasonable at 15.8x CY13 P/E vs. ASEAN peers’ 18.7x average. At 4.4%, dividend yields are also higher than ASEAN peers’.

Volumes at a new high
A breakthrough in the number of flights handled by Changi Airport prompts us to revisit SATS, the airport’s dominant ground handler. In Nov, Changi Airport handled an average of 920 flights per day, crossing the 900 mark for the first time ever.

We were previously wary of a margin contraction and cautious on volume growth, as flights handled appeared to have leveled out at around 880 per day. The recent breakthrough is evidence of success in the airport’s measures to improve air traffic.

Upgrade to Outperform
We upgraded SATS from Underperform to Neutral last quarter on evidence of a margin recovery. We now upgrade it to Outperform, seeing stronger-than-expected air traffic through Singapore as an additional catalyst.

Cache Logistics Trust offers one of the strongest earnings visibility over the coming 2 years with potential upside if management undertakes a more aggressive acquisition stance against our forecasted S$200m. We estimate that an additional S$25m in acquisitions can raise our DPU estimates and target price further by c0.4% and 1 Singapore ct respectively. 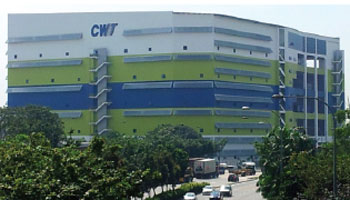 These are projected to be completed over 2013 to 14. Gearing level of 31% is comfortable and management is open to obtaining a credit rating (more gearing flexibility) if a large acquisition opportunity arises.

Portfolio with minimal earnings risks
4Q12 results was in line with estimates, with a higher DPU of 2.139 Singapore cts (+2.5%) owing due to an expanded portfolio. Looking ahead, Cache has minimal lease expiries (8% of income) over 2013-2014, which will shield the trust from any releasing risks given the large completing supply in the warehouse space over the same period. Moreover, given that underlying end-users are largely 3PLs, demand for its warehouse should remain firm. 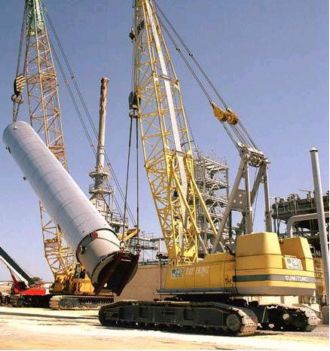 2013 will be another good year
We maintain our view that Tat Hong is still in the middle of a multi-year growth cycle and 2013 will turn out to be another good year. Supported by growth in most of the markets it operates in, we expect utilization and rental rates to continue to climb while group ROE is expected to recover to above 10% from the low of 4.5% in FY3/11. Tat Hong remains a conviction BUY in 2013.

Australian energy sector to fuel growth
Australia’s energy sector will be a major revenue driver. With new gas discoveries in North and West Australia, it is reasonable to expect the domestic LNG boom to last a few more years. Tat Hong will be a major beneficiary of this boom as it has been involved in Australia’s energy sector for many years and has forged cordial long-term relationships with many O&M companies. We expect such ties and Tat Hong’s good reputation to help secure meaningful contracts in the LNG space in 2013.

Regional infrastructure development remains in high gear
Many countries in the Asia Pacific are banking on infrastructure construction to pull their economies out of the doldrums. We believe that spending by the regional governments will remain high in the foreseeable future, thereby underscoring demand for Tat Hong’s equipments.

Additional growth could come from M&A in 2013
With sufficient cash in hand following the placement last year and buoyant demand for cranes, it makes sense for Tat Hong to make some meaningful M&A's to speed up growth. We believe that such activities should be appreciated by shareholders because of the favorable valuation gap between Tat Hong and potential M&A target companies.

Investment theme and valuation
We continue to like Tat Hong’s multi-year growth story and reiterate our BUY call on the stock. For a company with a prospective EPS growth rate of 30% over the next three years, its current valuation of 11.9x FY3/14F PER is hardly expensive. We maintain our target price of SGD1.78, pegged to 14.5x FY3/14 PER.

We have 690 guests and no members online