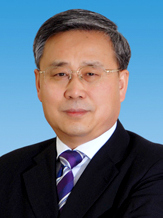 WHEN PROBLEMS ARISE, it is only human nature to initially point fingers everywhere but back at ourselves.

The head of China’s stock market regulator says his commission deserves criticism for the weak bourse this year, but it’s not alone in being to blame.

Therefore, he knows a thing or two about the world of both finance and how to bring a behemoth bank to the main board.

Guo said that there is no doubt the domestic stock markets have had a rough year, to say the least, and that the CSRC – the country’s bourse watchdog – deserves some of the blame for the extended bearishness.

He said the oversight and regulatory departments of the market regulator needed to do more to help struggling shares and their forlorn investors, but that the CSRC was far from being the sole reason for the equity slump this year.

The CSRC chief said that in an emerging capital market like China’s A-share bourses in Shanghai and Shenzhen, it was unavoidable that there would be some growing pains, and that various flaws and inefficiencies – including rash or ill-advised behaviors and habits by investors – were an inevitable part of the learning curve.

Guo said that all parties involved in the markets played a role in helping them develop smoothly and fairly, but these same parties also should take their share of the blame when shares were in the tank and sentiment went south.

He said there was no use in looking for a scapegoat when the markets underperformed as this would serve no one’s purposes – especially shareholders.

The CSRC Chairman recently asked assembled media directly: “Is the CSRC really to blame for the market downturn this year?”

By right, markets rise and fall – at least in principle – according to basic rules of supply and demand.

The CSRC’s job is not necessarily to ensure a constantly rising market, for that would be highly unrealistic and unlikely.

Instead, the bourse watchdog is tasked with ensuring as level a playing field as possible so that all market participants – whether listco or shareholder – were given equal opportunities to make money.

By analogy, Guo said that when the market is rising and most investors are making profits, their bountiful times are not thanks solely to the hard work of the CSRC.

By the same token, during a bear market, investors shouldn’t jump on the bandwagon looking to blame any one actor – including the CSRC.

Investing in shares offers the possibility of great rewards.

But it naturally involves inherent risks, which by their very existence makes those on the winning side all the more profitable.

The CSRC has the task of making sure everyone is treated equally, as far as possible.

However, when the bulls are running wild in the market, investors often forget that to do well in even a rising market, it is personal decision-making and old-fashioned market research that often separate the winners from the losers.

And try as it might, Guo said the CSRC can’t hold our hands when we decide which shares to buy, hold or sell.

Investors might have been hoping for more upbeat advice from the head of the market watchdog.

But at the end of the day, this basic reminder from Mr. Guo may be more valuable than a few winning stock tips because it has the ability to rejuvenate more effective, value-added investing behavior in the market.

What The Big Boys Are Buying In ChinaPARTY TIME: Top Five PRC EarnersPOINTING FINGERS: ‘Immature’ Investors At Fault In China?

We have 1043 guests and one member online