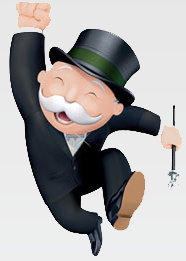 The 3-year old ChiNext, the PRC’s version of the Nasdaq, has produced no fewer than 735 “Chinese tycoons,” with the top ten having an average net worth of 4.4 billion yuan.
Photo: Hasbro

YOU WOULDN'T KNOW it from the bear market -- which is hardly hibernating -- but not everyone is hurting in China these days.

The three-year old ChiNext, the PRC’s version of the Nasdaq, has produced no fewer than 735 “Chinese tycoons,” with the top ten having an average net worth of 4.4 billion yuan.

So who’s raking it in?

The numbers are impressive to be sure.

In just 36 months of operation, the 355 firms that make up the Shenzhen-based SME board have given birth to at least 735 yuan “hundred-millionaires” and 2,489 millionaires in the sub-100 million yuan category.

In fact, it is clear that if not for the existence of “China’s Nasdaq,” there would hardly be the possibility of creating so many instant tycoons and overnight successes.

Despite enduring frequent criticism by market watchers and jilted investors for transparency issues and triple-digit IPO P/Es that quickly plummeted, it cannot be denied that the new board has brought great fortune to a growing number of entrepreneurs and executives.

The ones amassing the largest treasures tend to be the founders of the listed enterprises themselves, and this in fact is at the heart of the criticism surrounding the three year-old capital raising platform.

A fair number of founders took their firms public on the ChiNext and then jumped ship with massive returns by selling their large equity stakes when P/Es were in the stratosphere. 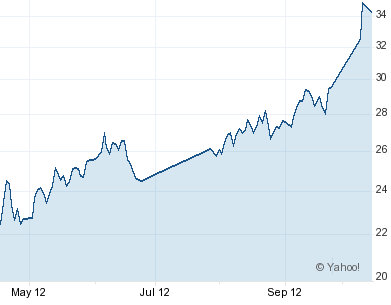 Cure for Market Blues: Chongqing Zhifei Biological has been on fire

As of October 16, of the 3,668 original board members still serving with ChiNext-listed firms, their combined net worth stood at a towering 382.8 billion yuan.

Apparently, the maker of health-related vitamins is also producing extremely healthy profits for its Chairman, Liang Yunchao, putting him atop the ChiNext rich list with a net worth of 7.5 billion yuan.

Close behind Mr. Liang is Chairman Jiang Rensheng of vaccine producer Chongqing Zhifei Biological Products Co Ltd (SZA: 300122), whose net worth is just a bit lower than his richer peer.

In fact, the average net worth of the top ten tycoons involved with ChiNext-listed enterprises is 4.4 billion yuan, with ten barons of industry surpassing the one billion yuan level.

Machine manufacturers, information tech/telecom and biomedical plays make up most of the “tycoon” class on the ChiNext board, with the first two industries constituting 40% of the new superrich.

Not only is this telling about the direction of industrial trends in China, but also says a great deal about which stocks are the hottest items in the market.